Harsh Mander is a friend of some 40 years’ standing, and on many issues we have stood on the same side. It is, therefore, with some sadness that I must dissent with his recent piece in The Indian Express on Muslim politics. Mander (‘Sonia, sadly’, IE, March 17) quotes a Dalit leader as telling Muslims who come to political meetings: “By all means, come in large numbers to our rallies. But don’t come with your skullcaps and burkas.” He is dismayed by this advice, seeing it as a gratuitous attempt to get “Muslims to voluntarily withdraw from politics”. To the contrary, while the words may be harsh and direct, the spirit of the advice was forward-looking. Many people, this writer among them, object to Hindus flaunting saffron robes and trishuls at rallies. While a burka may not be a weapon, in a symbolic sense it is akin to a trishul. It represents the most reactionary, antediluvian aspects of the faith. To object to its display in public is a mark not of intolerance, but of liberalism and emancipation.

As an example of what Muslims can contribute to our political life, Mander reminds us that “Londoners have elected a very popular and personable Muslim mayor of Pakistani origin.” Well, for one thing, Sadiq Khan does not wear a skull cap, and his wife does not wear a burka either. In doing so, the Khans have not succumbed to majoritarian Christianity to be accepted as British; rather, they have identified themselves as being in favour of gender equality as well as cultural diversity. This embrace of modern democratic values shows not merely in what the Khans wear, but in what they believe in.

Mander says that Muslims “need no one’s permission to choose their leaders, campaign for those they support, and indeed to lead.” Sure, but by the same token, would he also disallow Muslims from criticising Hindus who are led (or mis-led) by the likes of Pravin Togadia and Yogi Adityanath? Every Indian democrat has the right to criticise public figures whose speeches and actions are manifestly against the values of the Constitution. I would never deny a Muslim or Christian compatriot the freedom to criticise a bigoted or backward politician merely because he happens to be a Hindu. Just because I happen to be a Hindu too, why must anyone deny me the right, as a secular democrat myself, to criticise Asaduddin Owaisi or Syed Ali Shah Geelani?

Since Independence, there have been perhaps three Muslim leaders in India who had the potential to take their community out of a medievalist ghetto into a full engagement with the modern world. The first was Sheikh Abdullah, who was tragically undone by his enchantment with an independent Kashmir. The second was Hamid Dalwai, who died in his early forties, much before his time. The third was Arif Mohammad Khan, who was betrayed by his own prime minister. Abdullah, Dalwai and Khan were all secularising modernists. Despite being males themselves, they believed that patriarchy was a curse which kept their community backward. Of the three, Dalwai is now the least known, but the most relevant to the liberal predicament today. I reproduce below some statements from his writings of the 1960s and 1970s, which speak directly to both Muslims and Hindus in the present.

“The only leadership Indian Muslims have is basically communalist… Indian Muslims today need an avant garde liberal elite to lead them. This elite must identify itself with other modern liberals in India and must collaborate with it against Muslim as well as Hindu communalism. Unless a Muslim liberal intellectual class emerges, Indian Muslims will continue to cling to obscurantist medievalism, communalism, and will eventually perish both socially and culturally. A worse possibility is that of Hindu revivalism destroying even Hindu liberalism, for the latter can succeed only with the support of Muslim liberals who would modernise Muslims and try to impress upon them secular democratic ideals.”

“Within the Hindu majority, there is a strong obscurantist revivalist movement against which we find a very small class of liberals engaged in fight. Among Indian Muslims there is no such liberal minority leading the movement towards democratic liberalism. Unless Indian liberals, however small they are as a minority, are drawn from all communities and join forces on a secular basis, even the Hindu liberal minority will eventually lose its battle with communalist and revivalist Hindus. If Muslims are to be integrated in the fabric of a secular and integrated Indian society, a necessary precondition is to have a class of Muslim liberals who would continuously assail communalist dogmas and tendencies. Such Muslim liberals, along with Hindu liberals and others, would comprise a class of modern Indian liberals.”

“The real conflict in India today is between all types of obscurantism, dogmatism, revivalism, and traditionalism on one side and modern liberalism on the other. Indian politicians being short-sighted and opportunistic, communalism and orthodoxy is always appeased and seldom, if ever, opposed. This is why we need an agreement among all liberal intellectuals to create a non-political movement against all forms of communalism.”

I detest Hindutva majoritarianism as much as Mander does. The persecution and stigmatisation of Muslims by groups and leaders allied to the ruling BJP regime is deeply worrying. Because Hindus are in an overwhelming majority in India, their communalism is far more dangerous than Muslim communalism. At the same time, one should recognise that discrimination by caste and especially gender is pervasive among Muslims too. And regardless of their own personal faith, or lack thereof, liberals must consistently and continually uphold the values of freedom and equality. They must promote the interests of the individual against that of the community, and seek to base public policies on reason and rationality rather than on scripture. In this struggle, liberals must have the courage to take on both Hindu and Muslim communalists. To quote Dalwai one last time, the “real conflict in India today is between all types of obscurantism, dogmatism, revivalism, and traditionalism on one side and modern liberalism on the other”.

Previous Naidu tries to woo Muslims; says Muslims were not happy due to alliance with BJP
Next India confirms deaths of 39 workers abducted in Iraq by Islamic State 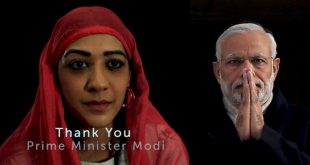 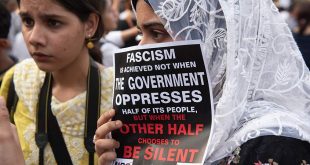 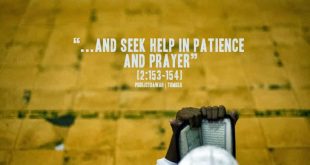 Almighty’s trials of hardship: To check the level of patience 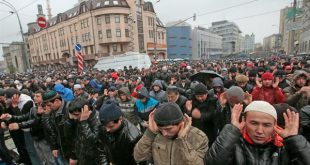 Some honest tributes can be great insults. As in the case of an old compliment …