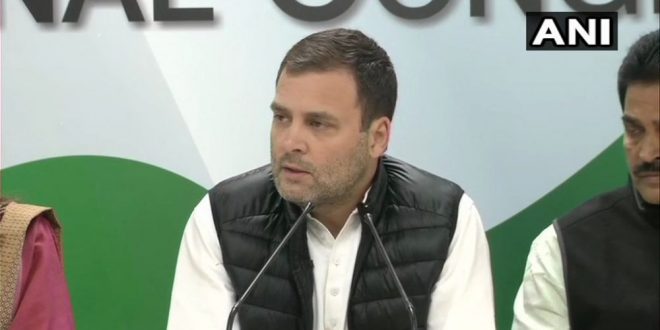 New Delhi: Congress party will release its manifesto for the ensuing Lok Sabha polls on April 2, said a source on Wednesday.

The manifesto will be released by party president Rahul Gandhi at the Congress headquarters.

Justice policy, women reservation, farm loan waiver among others will be the key focus in the manifesto according to the source.

Meanwhile, the Congress party on Tuesday announced the names of campaigners for Assam and Uttar Pradesh.

The seven-phased Lok Sabha elections are scheduled to be held from April 11 and will go on till May 19.
Results of the polls will be declared on May 23.

KOZHIKODE: A mosque in Kuttichira of Kerala’s Kozhikode has found a unique way to avoid …