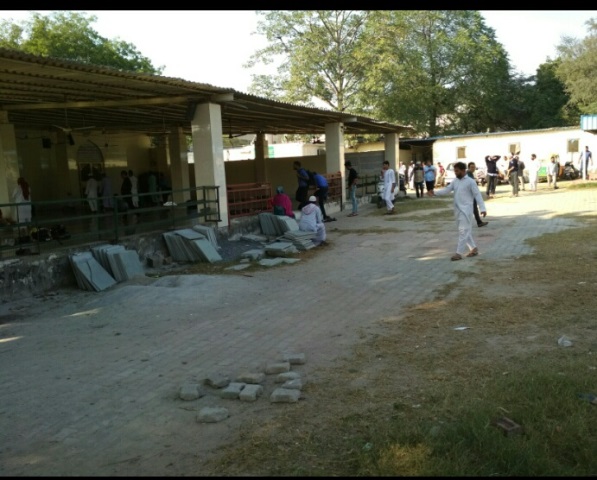 New Delhi : In a weird development at the heart of India’s capital a big conspiracy is being hatched to  demolish the  five hundred year old Madina Masjid with the brazen connivance of none other than the Delhi Waqf Board’s own lawyer advocate Wajeeh Shafiq. The skeleton of the sinister plan fell out of the cupboard when on Thursday during his argument before the honorable Delhi High court Mr.Wajeeh viciously pleaded for the demolition of the centuries old masjid and the attached Madarsa adjacent to the Masjid for no obvious reason. His appalling stand has sent shock-waves among the Muslim community of India.

Hearing  advocate Wajeeh’s  plead for the demolition of  Madina Masjid and Madarsa compound everyone present inside the courtroom were shocked, the public prosecutor was overheard saying ‘ advocate Wajeeh you made the things easier for us, said an eyewitness who was present during the court hearing to Muslim Mirror.

The documents of the various cases and PILs, the details that emerged are found to be certainly a matter of great concern. The local residents of Nizamuddin believe that a big conspiracy is being hatched  by the government agencies to grab the 32 Bigha land (bearing Khasra no 484) and the Madina  Masjid is the biggest hurdle in their way.

‘It looks like a premeditated demolition plan by the Central and state governments using the Delhi Waqf Board as a mascot. The goal is to grab the Muslim waqf land worth 3000 crore rupees’ said Ejaz a local resident.

Eye witnesses have narrated harrowing account of the BJP managed police operation on the Masjid’s graveyard land a few months ago which has resulted in the ruthless occupation of 2.5 acre of the property which was  boundary-walled and locked at gun point.

‘Every inch of the Madina Masjid and the graveyard belongs to Muslims and there is a documentary proof to it then why fake proofs are being fabricated in the Delhi Waqf Board with the help of a temporary proxy committee specially formed by history sheeters and Hindutva agents with Muslim names?’ Abdullah Naqshbandi  a local resident told Muslim Mirror.  A serious conspiracy has been hatched to bury the legal prospect for the rightful owners of the land and the mosque, he added

I am afraid of my life, there  was an attack on me few months ago, I have registered a case in Nizamuddin Police station about that , I am living under constant fear for my life , said   Tufail Khan   the caretaker of Madina Masjid who is  fighting the legal battle to save the Masjid  and the adjacent graveyard from 1985.