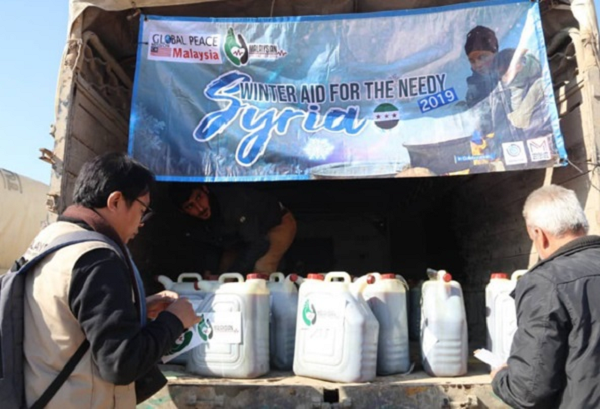 GPM volunteer, Hasrol Sazli Abdul Khail, said diesel supply was crucial for refugees during winter to operate heaters. “The 20-liter diesel supply will last them up to a month,” he told a BERNAMA correspondent covering the mission here.

The extreme cold weather in the area has severely affected the lives of Syrian refugees, with reports stating it has claimed the lives of several children.

MVM President Muhammad Jantan said he was grateful the first phase of the mission went well, pointing out that the organization will continue with the second phase by delivering winter kits to refugee families at the Turkish-Syrian border.IINA