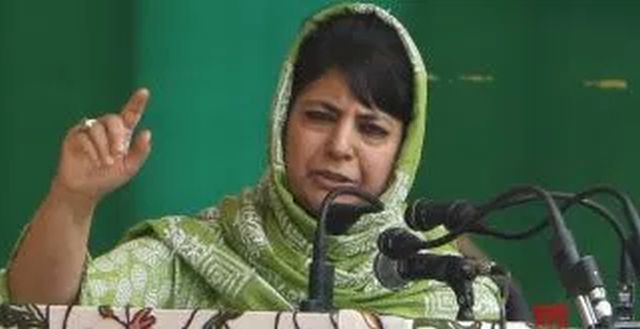 “I am pained to see young boys getting killed in an unending cycle of violence which ought to be put to an end,” the Chief Minister said referring to the three civilians shot dead by militants in Khanpora area of the town on Monday.

The Joint Resistance Leadership (JRL), a separatist conglomerate headed by Syed Ali Geelani, Mirwaiz Umer Farooq and Muhammad Yasin Malik, said in a statement: “Time and again, people are killed in such a manner and no one knows who kills them as the killers remain unidentified.

“While state authorities conveniently blame the armed youths, militant organisations in fact condemn the killings and many times blame the state agencies. In the process the culprits never get identified.”

The statement said: “We reiterate that any killing on grounds of political or party affiliations is inhuman and un-Islamic and unacceptable to the people and leadership of Kashmir.”

The separatists appealed to the UN to set up an impartial inquiry into these killings.

Share
Previous ‘Triple Talaq bill is in favour of Muslim women’, woman who filed petition against husband for giving triple talaq
Next Protests, clashes and lathicharge at AMU over Jinnah’s portrait in the university