Minorities have done everything to develop India. : Rahul Gandhi 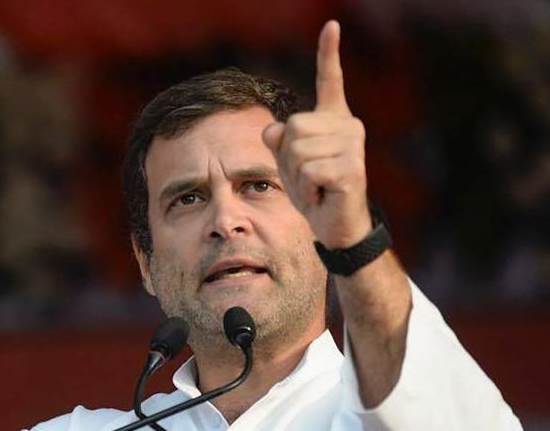 New Delhi: Addressing the party’s National Minorities Conference in New Delhi on Thursday, Congress president Rahul Gandhi accused PM  Modi of dividing the nation and neglecting minority communities. He said that the Congress would defeat the Bharatiya Janata Party and not allow the country to be run from Nagpur, the headquarters of the Rashtriya Swayamsevak Sangh.

He targeted the BJP for its communal politics and added that minorities have done everything to develop India.

He gave examples of minority leaders and pioneers like Maulana Abul Kalam Azad (India’s first education minister), Sarabhai, Kurien and Dr. Manmohan Singh in various fields and said that at every step minorities have given their best to create India.

He said that today when you talk about IITs and IIMs, remember that they were established by the first education minister of the country Maulana Abul Kalam Azad.

Irrespective of your language, religion, caste, Congress party will always protect you, said the Congress president.