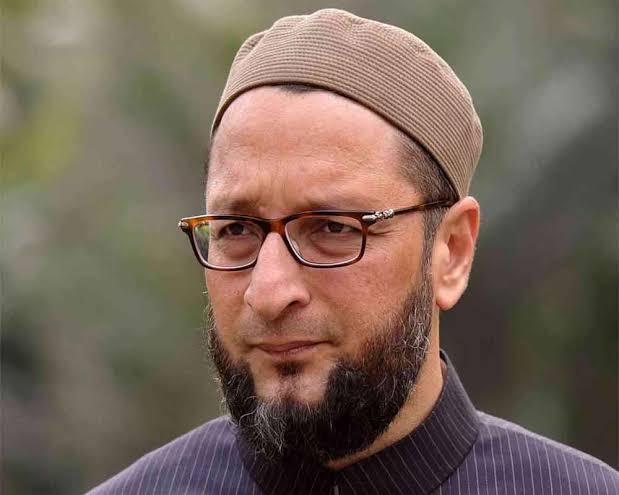 New Delhi: AIMIM President Asaduddin Owaisi has alleged that the Modi government is trying to change the demography of Kashmir through delimitation of Assembly constituencies in Jammu to install a BJP leader as the Chief Minister.

He said by scrapping special status to Jammu and Kashmir with its sheer majority in Parliament, the government threw the Constitution of India to wind.

Stating that the Modi government violated the Constitution by scrapping Article 370 and 35A and by bifurcating Jammu and Kashmir into two union territories, Owaisi said with this reckless move the government had put pro-India Kashmiris into the lap of separatists.

Owaisi termed scrapping of special status as third historic blunder. “The first blunder was the arrest of Sheikh Abdullah in 1953 and the second was the rigging in 1987 elections.”

The MP said he knew Kashmiris who are intelligent and don’t react immediately. He pointed out that they vent their anger two years after the riggings in 1987 polls. He said for six-eight months those in power will continue to beat the drums and make tall claims. He, however, said he prayed for peace in the entire country.
Recalling his interaction with Kashmiris, the Hyderabad MP said all they want is empowerment and they have been fighting for this since 1930s.

Owaisi alleged that the Centre has turned part of Jammu and Kashmir into a jail, he said people were not being allowed to come out of their houses while phone and Internet services have been suspended.

Owaisi said pro-government journalists and channels trying to project the situation in Kashmir as normal but the BBC and other media houses had exposed the government.

“If government says situation is normal. Let the people come out and celebrate,” he said.

“It is a mockery democracy. The government has installed 300 telephone booths and asking people to come to these booths to make calls to their relatives,” he added.

Stating that Jammu and Kashmir is an integral part of India, he said it was due to political wisdom of Nehru and other leaders that the state was accorded special status. He said by doing away with the special status and by implementing Jan Sangh agenda in Kashmir, Modi was doing what China did in Tibet.

He predicted that the Modi government will also do away with the special provisions in states like Arunachal Pradesh, Manipur, Nagarland and Assam.

Owaisi alleged that the Modi government was trying to divert attention from real issues. Referring to the crisis in automobile industry and 10 lakh job cut feared in the sector, he said the economy was on the brink of disaster but the government trying to paint a rosy picture and focus on non-issues.

Share
Previous Animal Sacrifice: One of the oldest and most universal traditions
Next Hajara Begum: A freedom fighter and a votary of gender equality