More private investment in education can improve its productivity 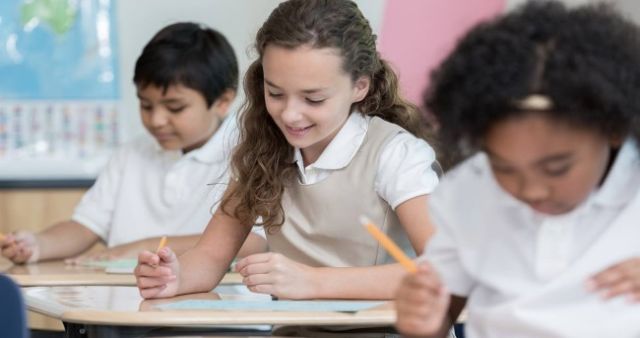 Given the limited fiscal space to increase the expenditure on social services, such as education and health, it is essential for the governments of developing countries like India to enhance their public spending efficiency by generating the maximum potential benefit for its population within the given budgetary resources.

With India spending about 2.7 per cent of its GDP on education (Budget Estimates for 2017-18), small changes in the efficiency of public spending can result in better education outcomes and income of the country.

Cross-country comparison of efficiencies of public spending in Asia shows that while countries such as South Korea, China and Kazakhstan are the most efficient in terms of education outcomes, the less efficient countries comprise Bangladesh, Pakistan and India, among others.

To evaluate the efficiency of public spending on education, various indicators can be used: For instance, percentage of population enrolled in primary schools, secondary schools and tertiary schools, along with a few quality-based indicators, such as Youth Literacy Rate and the World Economic Forum (WEF) indicators for the quality of the education system.

Looking at the performance of educational outcomes in India vis-à-vis other lower middle-income countries in Asia, it is more efficient in public spending than Bangladesh and Pakistan. However, Sri Lanka benefits from strong enrollment rates and also the quality of its primary education as well as the youth literacy rate.

Bangladesh and Pakistan display insufficient enrollment rates and also poor-quality primary schools. India, on the other hand, has been able to show marked improvements in its enrollment rates, but its Youth Literacy Rate is still below the lower middle-income group’s average.

Further, in terms of the quality of the education system, India was ranked 27th in the WEF Global Human Capital Index, reflecting highly efficient government spending in training students to the skill levels required in a competitive economy.

In fact, the most efficient of the Asian economies, such as China and South Korea, also lag behind India in terms of the overall quality of the education system.

Having said that, China has shown a rapid expansion of educational attainment across its younger generation, which is also reflected in its high government spending efficiency score with regard to the Youth Literacy Rate. Further, China also shows high public spending efficiency with respect to primary and secondary school enrollments.

High income countries, such as South Korea have invested heavily in education at all levels — primary, secondary and tertiary — which is greater than the OECD average of 6.3 percent of GDP, with higher than average level of funding coming from the private sources. Being a fast-aging country, the high investment in the education sector has resulted in notable educational attainment for its older generations. The country is also at the second position in the Global Human Capital Index on the enrollment rate in tertiary education.

The majority of tertiary education institutes in South Korea are privately owned, with some central regulations, including admission and enrollment policies, which could have scaled up the efficiency of public spending in education in the country.

In India, the public sector is the main provider of social infrastructure and accounts for more than half of the total investment in both advanced economies and emerging economies in education. Increasing the share of private investment in education in India can improve the productivity of government spending in the sector.

Further, efficiency of the government spending can improve with better institutions, greater transparency and lesser corruption. The World Bank Governance Indicators for 2017 rank India ahead of Bangladesh and Pakistan in the terms of political stability and violence, quality of government services and also extent of corruption, explaining to some extent differences in the efficiency of public spending in these countries.

Developed countries such as South Korea not only invest a greater proportion of their GDP on education but also have good governance, which has led it to efficient government spending in education and better educational outcomes.

AMU was not built on Raja Mahendra Pratap’s land