New Delhi : Muslims are the second largest religious group on the planet earth after Christians but they stand nowhere in terms of scientific research and other indices of progress. This was stated by Dr Zubair Zafar Khan while delivering an extension lecture on “Muslim Progress in 21st century” at Jamia Millia Islamia here on Saturday.  Dr Khan, who is an Assistant Professor in the Department of Islamic Studies, Aligarh Muslim University, said the comparative analysis of the 54 Muslim countries and developed nations, like USA, European Unions, and China shows Muslims lag behind in every sphere of life.

Relying on the data of western sources, Dr Khan said  US-based Pew Research Centre pegs world  total Muslim population at 1.65 billion while the Jews population around 14 million, representing 0.2% of the global population.  He underlined that the ratio of Muslims, Jews is 117:1 or the population of Muslims is 117 times larger than of Jews but still Muslims stand nowhere. 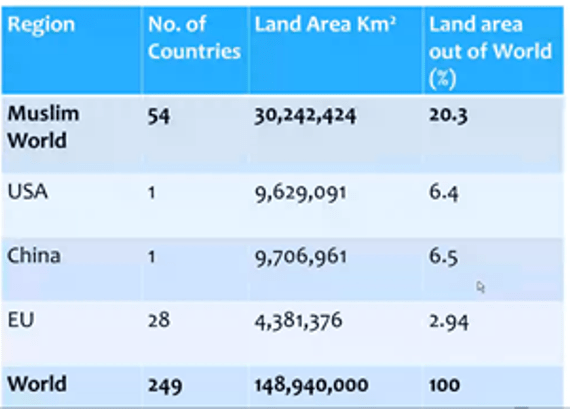 For example, almost three quarters of the world’s 775 million illiterate adults are found in only ten countries and out these ten six are Muslim Majority Countries (MMCs).

Continuing his lecture, he said, “There are 2621 universities in total in the Muslims world while 6500 universities are in USA alone. Average research per MMC is made between 2005-12 is 193 wherein 7,482 researches were made only in small country like Finland.USA, China, Denmark, Finland, Iceland are those countries which produced individually more PhDs than all MMCs produced collectively”

He explained closely that the sum total of the Exports of all MMCs is $2.190 trillion in 2012 while China alone exports the goods of worth $2. 021 trillion and USA $1.612 trillion in the same year.

He also highlighted that only 16% of Muslim population is involved in industrial production, whereas for Christians only this figure is 60%. The employment conditions of some MMCs are also too worse.

He also drew attention towards achievements of Muslim world stating  that only 9 Muslims travelled to space whereas 14 Jews and approximately 487 Christians, 3 Hindus and more than 20 of other faiths including Buddhist and others went to space till date.

Till today 27 MMCs have won 118 Gold Medals collectively in Olympics, whereas US alone won 1063.

In terms of local newspapers, the figures are too surprising.

He said only Turkey has the maximum numbers of local newspapers among MMCs with 91 papers while UK has 652 and USA 9712 papers.

In his concluding remarks, Dr Khan suggested   that a paper on “Current Muslim Development” should be introduced in the curriculum of Colleges and Universities.

In his presidential remarks, Prof Syed Shahid Ali, head of the Department of Islamic Studies, advised the students to follow the culture of inquiry by asking questions. He said that a linguistic expression that asks for information or investigation because human mind is like a big desert, vast ocean and huge space.

“As the Prophet of Islam says “Why did they not ask if they did not know?” And at other place the Prophet (pbuh) says: “Verily, the only cure for ignorance is to ask questions.” He also brought the question answer story from the Quran between God and Angles (Quran 2: 30), God and Humans (Quran 2: 44) and God and Prophets, questioning between the Prophet and Companion”.

He also pointed out  that the massive development of Islamic Jurisprudence is a proof of question culture among Muslims and said India can be empowered the Islamic Studies discipline.

Dr Javed Akhatar introduced the speaker to the students and welcomed him while Dr. Nadeem-e Sahar Ambreen proposed the vote of thanks.

As part of the activity of Writers Lab, JMI’s Department of Islamic Studies has organized this lecture. This online lecture series is planned to promote collaboration among faculty members, between institutes, as well as to motivate young research scholars.