However, on this occasion, Muslims in Maharashtra have set up inspiring examples before the world by donating their blood. 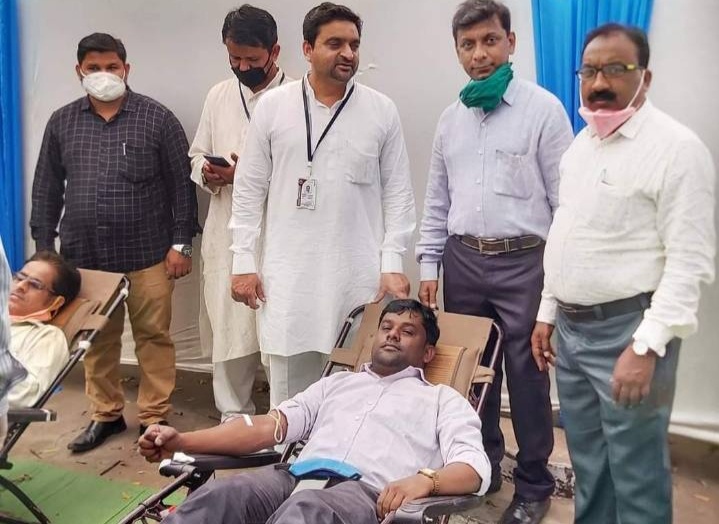 Blood donation camps have been organized all over Maharashtra including Mumbai, Solapur, Latur, Osmanabad, Indapur, Nanded several other cities and towns. These were organized by the different NGOs.

Asif Baghban , social activist  told Muslim Mirror  said that currently our country battling with health emergency, in such conditions it has become our duty  to contribute for humanity as Prophet Mohammed taught us.

Solapur city Muslims gave an overwhelming response to this humanitarian cause by donating more one thousand packets.

Social activist Saleem Maniyar from Osmanabad informed that blood donation camps were also a part of our Eid-E-Miladunnnabi celebrations and we managed to collect 196 packets from three Muslim localities.

Prophet Mohammad (PBUH) was the last prophet of Allah. His 63 years of life and his work are the perfect examples of humanity, brotherhood, family life, responsibility towards society and religious practice etc.

Youth wing of JIH (Jamat-E- Islami Hind )  also joined in the campaign , it has organised blood donation camps at  Nagpur, Aurangabad, Jafarbad and at four other places. These camps have received very encouraging responses from Muslims, as many as 2000 people donated blood. According to Adil Madni of the Youth wing, blood has no religion, people from all the religions need blood in case of health emergency, camps are proposed at 10 more places, which will be organized within a week.

Speaking with Muslim Mirror,  Irfan SM  said  donating  blood  voluntarily  is a  commendable service.It is really very good to see that our hundreds of NGOs taking lead to save the  lives of fellow  countrymen, he added.