Muslims sore at 3 phases of LS polling during Ramadan 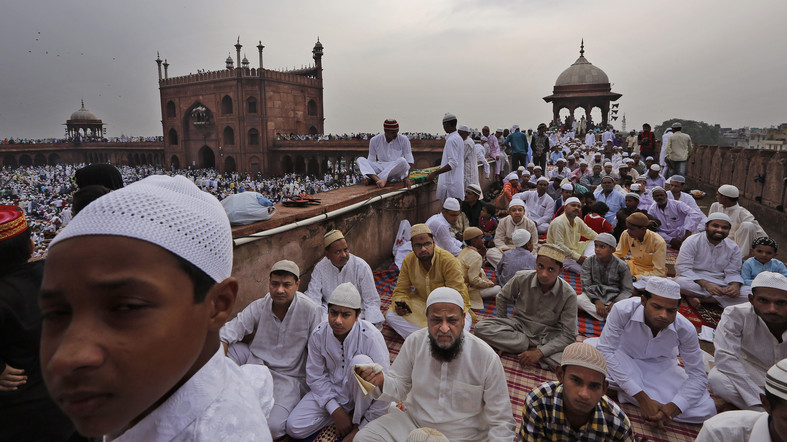 Mumb, March 11 : Prominent Muslim community leaders on Monday expressed dismay over the Election Commission of India’s announcement to hold the Lok Sabha polls in seven phases, with the three final phases falling in the holy Ramadan month of fasting.

The Ramadan month starts on May 5 and will continue till June 4, and the last three phases of polling are scheduled on May 6, May 12 and May 19.

The polling in these three phases shall be conducted for 51, 59 and 59 constituencies, respectively, as per the EC schedule unveiled on Sunday.

Maharashtra Congress Rajya Sabha MP Hussain Dalwai said that it is surprising how the EC failed to consider this aspect and urged it to examine if suitable modifications in the dates can be made.

“Muslims usually go out and vote in large numbers, but this time given the constraints of fasting plus the severe heat in May they may be reluctant to step out and exercise their franchise. If someone faints or collapses in the long queues, who will be responsible,” Dalwai told IANS.

Echoing similar sentiments, Nationalist Congress Party Rajya Sabha MP Majeed Memon said: “It was desirable that such a clash could have been avoided by the EC,”, elaborating that the Ramadan month schedules are known in advance.

“Although it may not be feasible to change the poll schedules at this stage, we request the EC to issue directions to all polling chiefs and at least permit separate queues for all fasting Muslims at polling stations so that they can cast their votes quickly and return,” Memon told IANS.

All India Ulema Council general secretary Maulana Mehmood Daryabadi said many Muslims have expressed concern over the poll schedules in Ramadan and said they would be grateful if the EC could grant some minor concessions, including shades outside the polling stations, to enable maximum number of Muslim participate in the election process.

Samajwadi Party state President Abu Asim Azmi said while the voters would be hit badly, even the political parties shall be affected as their entire chunk of Muslim cadre will withdraw from the rigorous campaign work during the holy fasting month.

“The final three phases shall be held for constituencies in Jammu & Kashmir, Uttar Pradesh, Bihar, Jharkhand, Madhya Pradesh, West Bengal, Rajasthan, Delhi, Haryana, Punjab, Chandigarh and Himachal Pradesh. Obviously, our Muslim cadres will not come out for party work as they fast during the day and pray almost the entire night,” Azmi pointed out.

Markazul Ma’arif Education Research Society Director Maulana Burhanuddin Qasmi apprehends it may not be feasible to change the dates or even have separate queues during elections, now.

“Judging from the community’s initial reactions from different states, it seems likely that the turnout of Muslim voters may be drastically hit. Especially since women and senior citizens will not be able to stand for hours in the blistering heat,” Qasmi lamented.

Though Maharashtra Muslims will vote in the month of April, concerns have come from the the minority population in the 169 constituencies across the country which will vote in the final three phases.

Other Muslim activists feel it is strange how the EC – which has considered all aspects like examinations or local festivals – did not take into account the Ramadan month which could keep the minority voters away from polling booths and probably give an edge to certain parties, especially in constituencies where the Muslim votes are crucial.IANS