Muslims, STs, Dalits made most progress in combating poverty: UN

United Nations : While India has taken tremendous strides in combating poverty in the past decade, Muslims, members of the Scheduled Tribes (ST) and Dalits saw the most progress in in reducing the impact of poverty, according to data compiled in a UN project.

The “very positive trend” during the decade between 2005-06 and 2015-16 in India is that “the poorest are catching up”, Sabina Alkire, Director of the Oxford Poverty and Human Development Initiative (OPHDI), said on Thursday at the presentation of the 2018 Multidimensional Poverty Index (MPI) here.

The MPI prepared by the UN Development Programme (UNDP) and the OPHDI, takes into account various indicators of development rather than just income and aligns them to the UN Sustainable Development Goals, while serving as a measure of the intensity of poverty felt by different groups.

While ST members were still the poorest group, they have seen the fastest reduction in MPI, as have the Dalits, Alkire said.

Explaining it, Diego Zavaleta Reyles from OPHDI told IANS that the average number of deprivations or “the intensity of their poverty” measured by the MPI fell for these groups even though the proportion of poor people in these categories was relatively the same or unchanged.

“If we look at the religious groups, the Muslims are the poorest and they again had the fastest reduction in MPI,” Alkire said.

In terms of numbers, 271 million people had moved out of poverty during the decade, with the number of poor people coming down 635 million in 2005-06 to 364 million according to the MPI standards.

But “we are seeing a shift of global proportions occurring in India over a ten-year period and that is really encouraging”, Alkire said.

India is the only country for which changes of this magnitude are taking place at this time, she added.

Bihar remains the poorest state, but along with other high-poverty states – Jharkhand, Madhya Pradesh, Uttar Pradesh and Chhatisgarh – had the fastest reduction in multi-dimensional poverty, she said.

In spite of the progress, these states still remain the poorest.

Among age groups, children, who are still the poorest, saw the fastest reduction in MPI, she said.

Such reduction in poverty among these groups or states did had not happened in India in the earlier periods according to a previous study for the period 1998-1999 to 2005-06, she said.

UNDP Administrator Adam Steiner said that when governments start looking carefully at who the poor are and where they are, the analysis leads to programmes that help the poorest of the poor, whether by ethnicity, religion or geography, and results like those in India can be achieved.

Traditional poverty measures – often calculated by numbers of people who earn less than $1.90 a day – shed light on how little people earn but not on whether or how they experience poverty in their day-to-day lives, according to UNDP.

On the other hand, MPI takes into account health, education and living standards in areas like access to clean water, sanitation, nutrition and primary education, with those lacking in at least a third of these defined as multi-dimensionally poor.

According to the income-based measurement, only 270 million Indians are considered poor but according to the MPI standards a far larger number – 364 million — were categorised as multi-dimensionally poor in 2016.

(Arul Louis can be reached at arul.l@ians.in and followed on Twitter at @arulouis) 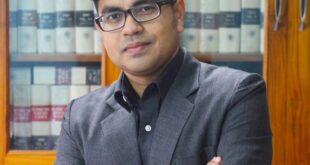 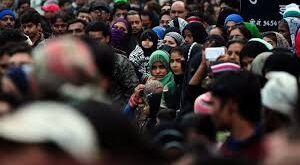 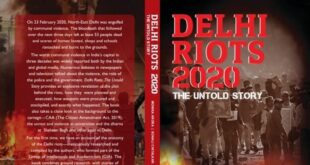