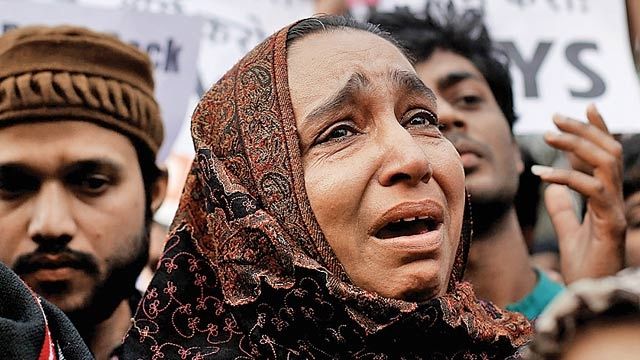 New Delhi: The CBI on Thursday admitted in the Delhi High Court that it has not been able to find any leads in tracing JNU student Najeeb Ahmed, well over a year since it took over the case. Najeeb’s distraught mother Fatima Nafees said she does think that the CBI is interested in finding her son.

The lawyer for CBI in his opening statement claimed that the agency had “followed the court orders and procedures scrupulously” but discovered no leads to find Najeeb. This only adds to our fears that the CBI is preparing the ground to file a closure report and wash its hands off the case.

Is it really possible for a person to vanish into thin air without a trace? Is it not logical to probe the link between a brutal assault on this missing person, prior to his mysterious disappearance? Why then has the CBI, like the Delhi Police, adamantly refusing to investigate the assault even though there are scores of the eyewitness to the assault? *While the Crime Branch dragged the investigation for a year and even fabricated the evidence of Najeeb leaving the campus on his own in an auto, the CBI has conducted an opaque and biased investigation, succumbing to pressures of the Central government and shielding the accused ABVP members.

Advocate for Fatima Nafees, Colin Gonsalves argued that the CBI has failed to ‘interrogate the prime suspects in Najeeb’s disappearance’ but has issued a Yellow Notice and going on a wild goose chase around the world. It is no wonder that they have not found any leads when they have not examined the location details and mobile phones of the accused persons.

The judges ordered the CBI to submit the statements of 18 eye-witnesses to the Court in the next hearing, which will show that the accused persons assaulted Najeeb prior to his disappearance.

Gonsalves, the lawyer for the petitioner, also cited the Minnesota Protocol on the Investigation of potentially unlawful death, and argued that “the CBI has kept the petitioner and her family in the dark and conducted a non-transparent investigation by denying them the status reports, which are filed in sealed envelopes before the court.”

After the hearing, Najeeb’s distraught mother Fatima Nafees said, “I don’t think that the CBI is interested in finding my son. I have attended every single hearing in the High Court and I can say with certainty that the CBI has only worked to shield those persons who assaulted Najeeb.

It is unacceptable that the CBI is suggesting to close the case without finding my son. When I approached the High Court, I believed that justice will be done. But I still have one question, Where is Najeeb?”

Najeeb’s mother said it shows the agency’s bias and alleged that it is trying to culprits who belongs to the Saffron outfit. Next date of hearing is 4th September 2018.