Breaking News
Home / Muslim Mirror / No attempt for Uniform Civil Code made so for, rues SC

No attempt for Uniform Civil Code made so for, rues SC 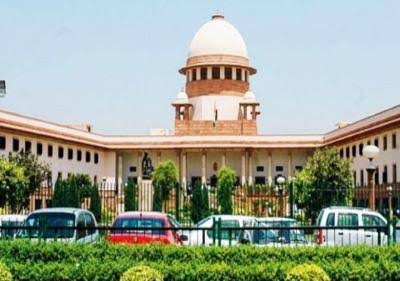 New Delhi, Sep 14 The Supreme Court on Friday said that the makers of the Constitution had hoped and expected that the state shall endeavour to secure for the citizens a Uniform Civil Code throughout the territory of India, but till date, no action has been taken on this.

Citing the case of Goa, the apex court said: “Muslim men whose marriages are registered in Goa, cannot practice polygamy. Further, even for followers of Islam, there is no provision for a verbal divorce.”

Making a reference to the Uniform Civil Code, Justice Deepak Gupta, in a judgement, said: “Though Hindu laws were codified in the year 1956, there has been no attempt to frame a Uniform Civil Code applicable to all citizens of the country despite exhortations.”

The court identified Goa, as a shining example, which has a Uniform Civil Code applicable to all, regardless of religion, except while protecting certain limited rights.

These observations were made in a civil suit between Jose Paulo Coutinho Vs Maria Luzia Valentina Pereira.

The court held that Portuguese Civil Code, 1867 as applicable in Goa, will govern the rights of succession and inheritance with respect to properties of a Goan domicile situated outside Goa, or anywhere in India.

The apex court noted that with effect from December 22, 2016, certain portions of the Portuguese Civil Code have been repealed and replaced by the Goa Succession, Special Notaries and Inventory Proceedings Act, 2012, but still it is in line with its predecessor.

“The salient features with regard to family properties are that a married couple jointly holds the ownership of all the assets owned before marriage or acquired after marriage by each spouse. Therefore, in case of divorce, each spouse is entitled to half share of the assets,” said the court in its judgement.

The law, however, permits pre-nuptial agreements which may have a different system of division of assets. Another important aspect, as pointed out earlier, is that at least half of the property has to pass to the legal heirs as legitime, which the court observed is akin to the concept of ”coparcenary” in Hindu law.

“Similarly, for Muslims within the state of Goa, the Civil Code would apply and outside Goa, the Muslim Personal Law (Shariat) Application Act, 1937, would apply. This would lead to many uncalled for disputes and total uncertainty with regard to succession,” said the court.

The court observed that there is a conflict between the Indian Succession Act, the Hindu Succession Act, the Muslim Personal Law (Shariat) Application Act, 1937, etc. and the Portuguese Civil Code with regard to the laws of inheritance “but this conflict has to be resolved”.