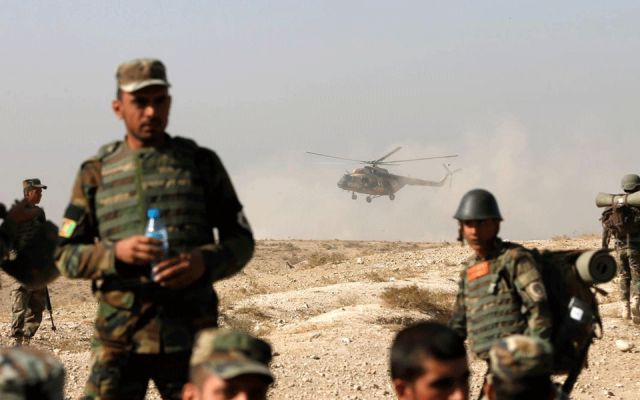 Kabul : Over 300 people, including 100 government troops and 30 civilians, have been killed in the intense fighting between Taliban militants and the security forces in Afghanistan’s Ghazni city, the country’s Defence Minister Tariq Shah Bahrami said on Monday.

The militant group started its offensive in the city last Friday. “As of midday today, the Afghan National Defence and Security Forces recaptured control of nearly all parts of Ghazni city and the Taliban militants would be expelled from the city soon,” Bahrami said at a joint press briefing with Interior Minister Wais Ahmad Barmak.

At least 147 militants were injured. The US was supporting the Afghan government forces in conducting airstrikes tageting the Taliban.

Within the past 24 hours, the Defence Ministry deployed reinforcement in Ghazni city and its adjacent areas. Fresh troops will bring considerable changes in the security situation of the city in the next 24 hours, Bahrami added.

Last week, Taliban militants launched a massive attack on Ghazni, 125 km south of Kabul, in a coordinated effort to take back the city. Hundreds of Taliban insurgents stormed important government entities including the National Directorate for Security (Afghanistan’s Intelligence Agency) and the provincial governor’s office.

“The Afghan police and Army will soon clear Ghazni city from the Taliban and normalcy and peace will return into the city as soon as possible,” the Interior Minister said.

The clashes also blocked a main road connecting Kabul to southern and western provinces and scores of travellers were stranded.

According to authorities, about 100 soldiers of the Afghan special force were missing in the Ghazni province. President Ashraf Ghani ordered more troops to be sent to the city.

Meanwhile, the UN Office for the Coordination of Humanitarian Affairs (OCHA) warned that residents of Ghazni were struggling to access basic services and medical care.

“Medication at the main hospital is reportedly becoming scarce… Main access roads both north and south of the city to larger cities where medical facilities are available are contested and unsafe for people to travel,” the OCHA said in a statement.

“We call on all parties to the conflict to respect their obligations under international humanitarian law to protect the lives and rights of civilians and to protect civilian infrastructure,” it said.

On 11 June, Himanta Biswa Sarma, the Chief Minister of Assam, sparked a controversy when …