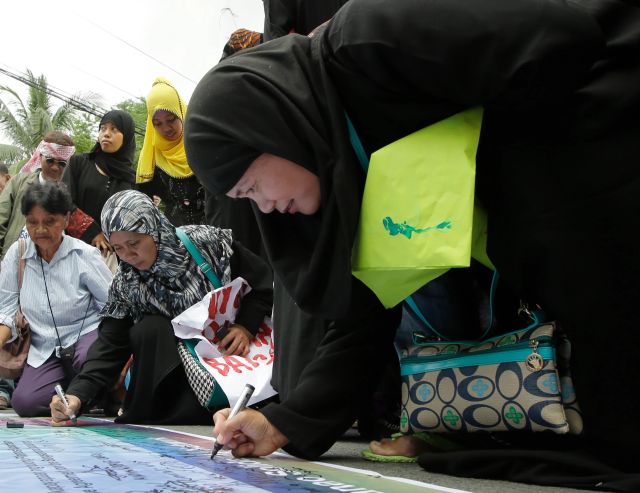 Manila : The Philippines House of Representatives on Wednesday approved the Bangsamoro Basic Law (BBL), which would provide increased autonomy to Mindanao, the Muslim-majority southern region of the country.

The Lower House introduced a number of amendments before approving the bill that would allow the establishment of a self-administered territory in an area sometimes referred to as Bangsamoro (nation of Moros), encompassing mountains, islands and jungles that is home to at least 4 million people, mostly Muslim, official news website PNA reported.

One of the amendments sought to keep security forces under the central government while another mandated that the law should be ratified with a single plebiscite, to be held within 90-120 days after the law is approved, instead of a referendum every 25 years as proposed earlier, Efe news reported.

The House passed the law a day after President Rodrigo Duterte certified the bill as “urgent”.

He had repeatedly urged a faster approval of the bill to avoid encouraging extremism in a region, which in 2017 witnessed a five-month-long conflict between the military and a group affiliated to terror group Islamic State.

The law, which still needs to be approved by the Senate and signed by Duterte, aims to create a self-governing structure with greater powers in the autonomous region.

The agreement, however, had clashed with constitutional provisions and faced opposition in Parliament, eventually getting stalled after 44 police officers were killed in an ambush in Mindanao in January 2015.

Share
Previous Should Muslim Women Feel Lucky to Live in Western Countries?
Next This Is What Killing Muslim Women in the Name of God Looks Like

Muslims in India – The politics of stereotyping

“O you who believe, seek assistance (from Allah) through patience and (Necessity) Prayer; surely Allah …