New Delhi: A Public Interest Litigation or PIL seeking an independent Muslim body to look into the arrangements for Haj pilgrims and quashing of the government controlled Haj Committee has been filed in the Delhi High Court.

The plea referred to a recent notification of the Centre, scrapping the subsidy for pilgrims to get cheaper flights to- and-fro. Since it has been scrapped, it said, there was no need for a government-controlled panel to manage its affairs and the Haj Committee Act 2002 was also liable to be quashed.

The plea seeking the court’s nod for an independent panel and quashing of the Haj committee was filed by Delhi-based advocate Shahid Ali last week.

The central government had in 1959 introduced a subsidy for air travel between Bombay and Jeddah. Other flights on Air India, the state-owned carrier, were added over time.

“Pass order or direction or issuance of an appropriate writ, thereby quashing the present Constitution of Haj committee and further allowing the Muslim citizens of India to formulate their own body in the similar manner as the Sikh minority of India is allowed to formulate their own body to manage their minority affairs under the Act known as Sikh Gurudwara Act, 1925,” the plea said.

The question of whether the government should continue to look at all affairs of the Haj Committee, right from inviting applications for Haj till the return of Hajis after the pilgrimage, had acquired importance after the Centre scrapped the subsidy, the petition said.

It said an independent agency without any control of the government should be substituted.

The plea also sought direction to the Ministry of Civil Aviation to either float open tenders inviting bids from all existing airlines flying between India and Saudi Arabia or allow pilgrims to directly purchase tickets for their Haj flights.

This would enable Hajis, who perform an annual Islamic pilgrimage to Mecca – the most holy city for Muslims – to purchase air tickets at best competitive rates, it said.

The PIL further said if open tenders were not invited by all airlines, Haj pilgrims will continue to be forced to buy air-tickets at much higher rates than otherwise available in the open market.

If the Haj Committee Act is not set aside, Muslims of India will suffer adversely, it added.

The petition also alleged that the aviation ministry has been exercising monopoly in purchasing air tickets for pilgrims by getting them at two-six times higher rates than the prevalent rates in the market.

It sought an enquiry on why the air tickets were being purchased at higher rates and alleged that there was possibility that this could be of one of the biggest scams in India. 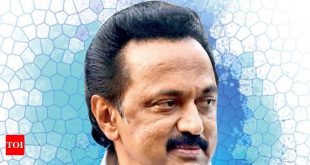 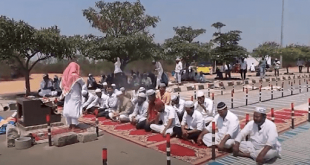