Breaking News
Home / Muslim Mirror / Please give a chance to peace and dialogue!

Please give a chance to peace and dialogue! 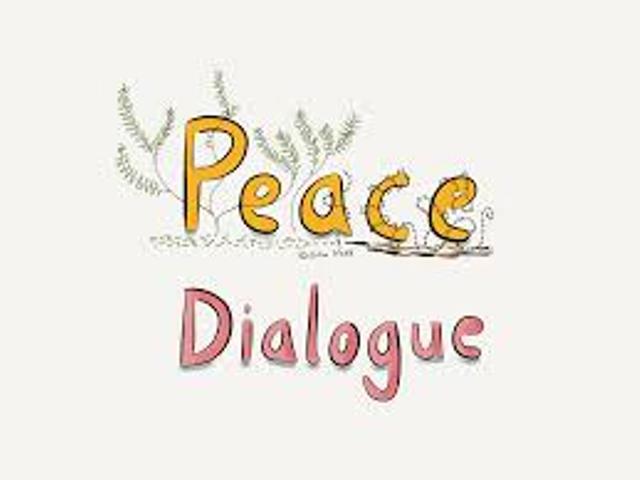 Where are the doves on both the sides of the boarders. Should we leave the matter in clutches of hawks? Should we surrender before those who dream of nothing but to turn India and Pakistan into a battle field that can quench their thirst for large scale destruction, mayhem and death.? It seems that the martyrdom of our CRPF Jawans have given a handle in the hands of those who are more interested in the political and power game than the health and the future of the nation and its people. ‘Revenge’ ‘Revenge’ And ‘ Revenge ‘ has become a reverberating refrain/ beat of our highly irresponsible media and a particular blood thirsty , power hungry and senseless hounds of politicians . War mongering and misinformation and disinformation seem to have the new mantras of winning the forthcoming election or deferring it till it suits them or till every dissenting voice is suppressed into silence in the name of patriotism and nationalism.

Forty brave sons of the Mother India -belonging to probably the most patriotic section of society-the poor farmers, lost their lives. Everybody is angry and boiling against the perceived enemy or the killer. Only few wise voices raised their fingers towards our own lapses and failures to protect them. They were not killed in action but absolutely unguarded – going or traveling to their duty points in a heavily militarised zone. Some people have dared raise the question over the timing of the Pulwama tragedy and reasons and the hidden agenda behind our failures. Our Prime Minister has for long become a “Moni Baba” He never answers any questions and opens his mouth only when it’s too late. After the Pulwama attack, Kashmiri youths became the victim and target of our nationalistic anger and wrath in the towns and cities of India. Our Prime Minister spoke only when our common folk had already understood the futility of such attacks and they themselves started protecting these innocent students and poor street hawkers.

I don’t know for how long our media controlled by corporate sectors can hide the failures and false or highly exaggerated claims of our Prime Minister. After Uri attack came the SURGICAL STRIKE. Some people asked for evidences. “You are anti-national “ came the snub. After Pulwama attack came the news of NON-MILITARY AIR STRIKE. It was claimed that a terrorist camp has been destroyed and about 350 Jaish e Mohammad terrorists have been killed. Pakistan countered that our bomber planes were forced to retreat without causing any damage to the enemy. They immediately took their national and international press to the cite to prove that no harm had been done to them. Our electronic media kept on showing fighter planes flying over the sky of the enemy. Soon came the information that same video is already there in YouTube loaded in 2016. Then came the news that one F-16 fighter plane belonging to Pakistan has been shot down. We are yet to see its debris and the pilot-dead or alive. And the whole nation suffered the humiliating blow when we got the news that our two fighter planes have been shot down in the enemy’s territory and one of the pilots have been taken into custody.

Here the most important and pertinent question is that where are the people on both sides of the boarder who understand the consequences of a war between two nuclear nations, who understand that we Indians and Pakistanis are not two different and enemy nations. We are basically one and one- is the sons and daughters of the same soil. We are actually a victim of historical blunder committed by the leaders from both sides. Such people should come forward and lead a public movement against war mongering. May I request Rahul Gandhi, Dr Manmohan Singh , Mamta Banerjee, Sharad Pawar, Laloo Prasad, Nitish Kumar , Dr Mani Shankar Aiyer, Chandra Babu Naidu, Stalin from Tamil Nadu, Chander Shekhar Rao of TRS, left parties, the remains of socialist parties, who once dreamt of bringing India, Pakistan and Bangladesh into one confederation and all writers, thinkers, academicians to come forward and together make a plea to give peace and de-escalation a chance.And if Imran Khan, the Prime Minister of Pakistan is really interested in peace and bring diplomacy into play, he must immediately release our pilot and the wing commander Abhinandan Singh as a gesture of peace and sincerity. The TV anchors are also in all humility is requested to keep their loudmouth ‘shut up for some time in order to save the subcontinent from turning into Hiroshima and Nagasaki.

10 Madrassa Teachers Driven out of Guest House in Kolkata