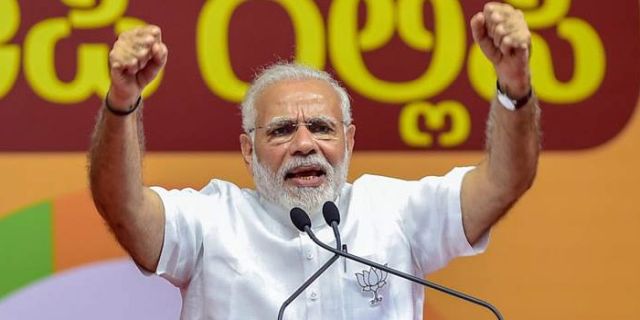 New Delhi: Popular Front of India has expressed its disagreement with the proposal of having simultaneous elections to Lok Sabha and State Legislative Assemblies. It said such an attempt would lead to more centralization of powers.

Front’s National Executive Council (NEC) passed a resolution in its meeting stated that the proposal against the spirit of federalism would ultimately lead the nation to Presidential System with more centralization of powers.

“The arguments such as it will save public money, make electoral system more stable etc. are only meant to conceal this imminent danger from public attention.”

In a vast country like India with multi-tier elections system from local bodies to parliament, it is also not practical. Hence Popular Front requested the Law Commission and Election Commission to give up the proposal and political parties to build pressure for the same.

In another resolution, Popular Front has asked Prime Minister Narendra Modi to “stop indulging in communal canvassing just for electoral gains”. It said “PM should refrain from frequently making baseless allegation referring to minority Muslim community of India. Being unable to address the people with government’s developmental achievements, he has accused Congress a ‘Muslim’ party, that also a party for Muslim men. The socio-economic backwardness of Muslims repeatedly being established through so many studies, are enough to convince what Congress government has done for Muslims and what BJP government is doing for Muslims.”

The meeting pointed out that oft-quoted gender issues like child marriages, divorced or abandoned wives, polygamy, domestic violence etc. are not the monopoly of Muslims; rather they are prevalent also among Hindus.

The meeting condemned the new mob lynching incident in Bidar district of Karnataka in which a software engineer Mohammed Azam was killed and three others were injured after alleging them as child kidnappers.

During one year about 30 innocent human lives were lost in the country at the hands of frenzied mobs accusing the victims as cow traders or child kidnappers. The meeting demanded to enact a new law to deal with mob lynching as both the existing laws and the agencies responsible for implementing the laws have failed to check mob this lynching spree.

The NEC meeting of Popular Front decided to reach out to people through various propaganda means to expose the allegations repeatedly levelled against the organization by a section of the media.

Share
Previous Kiska Saath Kiska Vikas – a sorry tale of Dalit-Muslim in 4 years
Next How do we Promote Peace in India, Today?