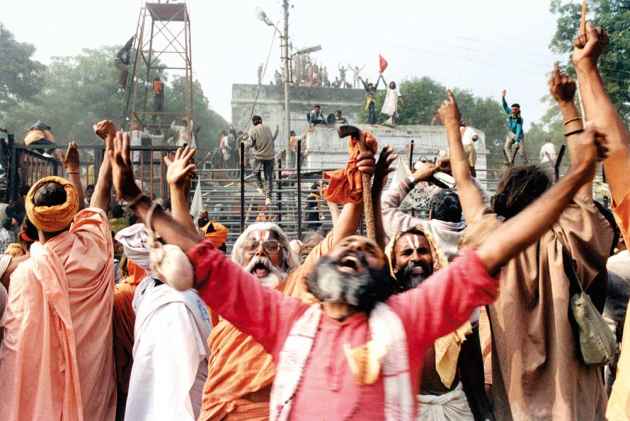 New Delhi: In a major setback to the Sangh Parivar and the ruling party’s election plank whose leaders of late upped the ante of the so-called Ram Mandir issue, the Supreme Court on Monday has rejected all the pleas for early hearing and said it will only list the matter before an appropriate bench in January 2019 to hear the Babri Masjid title suit case. It is now unlikely that a verdict will be announced before the 2019 general elections as many BJP leaders expressed disagreement with the court’s decision.

Meanwhile, Jamiat Ulama-i-Hind, which is one of the petitioners in the  Babri Masjid case, has welcomed the Supreme Court’s decision of deferring the hearing on petitions challenging the Allahabad High Court verdict in the Babri Masjid- title suit case to January 2019 and asked the court  to take suo moto notice of those who are making irresponsible statements to vitiate the communal atmosphere in the country.

Supreme Court’s bench comprising Chief Justice Ranjan Gogoi and Justices S.K. Kaul and K.M. Joseph today said it will only list the matter before an appropriate bench in January 2019.

There was a clutch of petitions before the Supreme Court challenging the Allahabad High Court’s 2010 verdict that divided into three parts the land of the Babri Masjid site in Ajodhya.

Solicitor General Tushar Mehta, appearing on behalf of the state of UP, had urged that in view of the nature of the dispute, it may be taken up on an earlier occasion. Supporting the appeal of the Solicitor General,   the Ram Lalla counsel, senior advocate C.S. Vaidyanathan also urged the bench for the early hearing of the case.

However, the bench rejected all the appeals and said that the appropriate bench will fix the schedule with regard to the hearing of appeals in the case.

“It will come up in the first week of January not for hearing but for deciding the date of the hearing. Hearing may be in January, February, March, whenever….also the bench by which it shall be heard will be constituted”, the Chief Justice said.

It is worth to mention here that the UP government had submitted an affidavit in the court stating that it would not side with any party in the case and will remained neutral but the Solicitor General represented the UP government arguing for early hearing. However, the bench did not give any heed to their pleas.

The Court’s decision to postpone the hearing till January next year has made the ruling party and its affiliate Hindutva groups jittery as they may fear the backlash of the Mandir supporters. BJP, which has been milking the mandir issue for its political fortunes, is in power at the Center and UP with an absolute majority but still failed to fulfill the mandir promise. It may lose an effective poll plank for the coming  general elections and the ensuing assembly elections in five states. Because of this, BJP leaders were pressing for the speedy hearing and disposal of the Babri Masjid-Ram Janmabhoomi title suit. They now renewed demands to bring in an ordinance for the building of Ram Temple at the very site of the demolished 400-year Babri Masjid in Ayodhya. BJP leader and Union minister Giriraj Singh, who is known for rabble-rousing, said that “Hindus are losing patience”. Even earlier, the ruling party‘s parent organization chief had called for a mandir legislation in his Vijayadashami speech.

Reacting to the court’s decision of deferring the hearing in the Babri Masjid case, Jamiat Ulama-i-Hind president Maulana Arshad Madani has said it is not an ordinary matter but a very critical and sensitive matter of the country.

He also expressed his deep concern over the provocative and offending statements are being made by Sangh leaders on the Aydhoya dispute despite the matter has been Sub-Judice.

“We hope, after the apex court’s decision, issuing irresponsible and reckless statements will be stopped as these statements are challenging the jurisdiction of the court and rule of the law and also offending a particular community’s sentiments,” Maulana Madani said.

He said those making such statements may be wanted to vitiate the communal atmosphere in the country and polarize the communities on the religious lines for achieving their political ends.

Jamiat Chief also pleaded to the apex court that it should take a suo motto cognizance of these statements which are detrimental to the peace and communal harmony in the country.

As patriotic citizens of this country, Muslims are waiting the apex court verdict in the Babri Masjid case because they have full faith in the  judiciary that it will  decide the case on the basis of law  and evidence,  he  emphasized.

Share
Previous 6 killed in Kabul prison suicide bombing
Next What should be the Muslim Agenda ?