Breaking News
Home / News / Protests, clashes and lathicharge at AMU over Jinnah’s portrait in the university

Protests, clashes and lathicharge at AMU over Jinnah’s portrait in the university 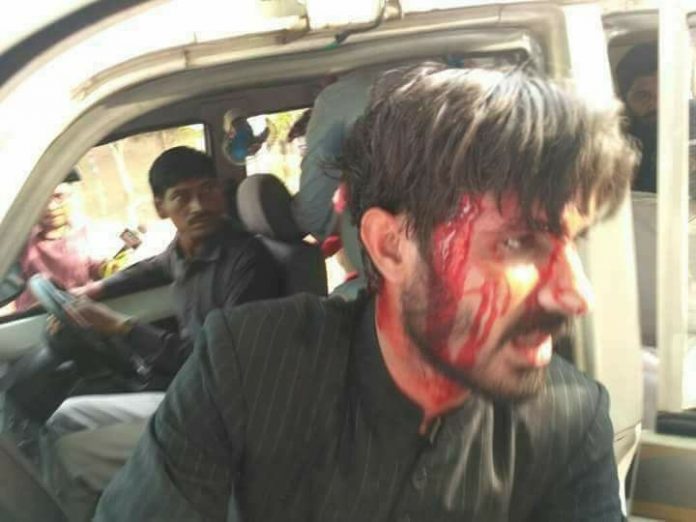 Aligarh: A controversy erupted over the photo of Pakistan founder Mohammad Ali Jinnah in Aligarh University as members of the Akhil Bharatiya Vidyarthi Parishad and the Hindu Yuva Vahini barged into the campus on Wednesday demanding the removal of the portrait.

Aligarh Muslim University (AMU) has strongly condemned the trespassing of University boundary and raising of objectionable and intimidating slogans by a group of Hindu Vahini youths today afternoon. The University expresses sympathies with the injured students and has asked the District Administration to nab the culprits and take strict action against the youths of Yuva Vahini for disturbing peace in the campus.

According to eyewitnesses, ABVP members tried to burn an effigy of Jinnah on the campus to which some students resisted. Following this, members of the Hindutva groups allegedly beat up the students,

Protests by AMU students against the ABVP members were allegedly dealt with indiscriminate use of force by the police.

The AMU Vice Chancellor, Professor Tariq Mansoor has apprised the state and central authorities about the situation on the campus and the sentiments of AMU community. The Vice Chancellor has appealed all concerned especially the students to maintain peace and calm in the hour of crisis.

An event to confer former Vice President Hamid Ansari a life membership of the students’ union was called off following the protests.