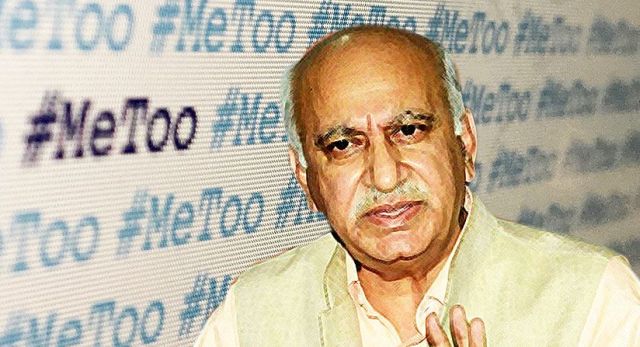 New Delhi : A Delhi Court on Friday concluded the recording of complainant witnesses in the defamation case filed by former Union Minister M.J. Akbar against woman journalist Priya Ramani who accused him of sexual harassment.

“This has damaged his reputation which he has built up over the years of his hard work,” Goel told Additional Chief Metropolitan Magistrate Samar Vishal.

Goel told the court that during her 10 years of working with Akbar, she found him to be a professional and never heard any complaint of inappropriate behaviour against him.

Chaki said that Akbar was a gentleman, a hard taskmaster, a man of impeccable credentials and very well mannered.

The three witnesses said that they were shocked after reading Ramani’s tweet.

The court will hear arguments on the issue of by summoning Ramani on January 22.

The court was hearing the defamation case against Ramani filed by the former Minister of State for External Affairs, a journalist-turned-politician who is now with the Bharatiya Janata Party.

Ramani was the first in a long list of women journalists to accuse Akbar of sexual harassment.

The statement of seven witnesses including Akbar were recorded.

Akbar’s counsel Sandeep Kapur told the court that Ramani’s defamatory statements had damaged his image, lowering his esteem in the eyes of the public.

A Rajya Sabha member, Akbar has denied all the charges against him as “false, wild and baseless”.