Rizwan Ahmed, also known as Riz MC, made history Sunday night as the first South Asian man as well first Muslim to take home an Emmy. Ahmed was nominated twice – once for his role in “The Night Of” and then for a guest appearance in “Girls.” He went home with “Outstanding Lead Actor in a Limited Series or Movie” for his main character performance in “The Night Of,” an eight-episode criminal TV drama on HBO.

The star noted in his acceptance speech the honor of his award and the value of its history, while still urging industry producers and consumers alike to not celebrate it as an isolated incident. Such idolization, he explained, may distract from the greater issues that still swamp Hollywood and mainstream film. Ahmed said in a post-win interview, “I don’t know if any one person’s win of an award, or one person snagging one role or one person doing very well changes something that is a systemic issue of inclusion in this industry.”

It’s true that Ahmed wasn’t the only star of color to take home a big, first win that night. In fact, a handful of minority names were celebrated at the 69th annual installation of the Emmys. From “Handmaid’s Tale” to “Big Little Liars,” or Lena Waite to Donald Glover, shows and industry icons representing people of color and minorities indeed made it quite big.

But as Ahmed himself said, the severely white industry that is film cannot be remedied with a few “dots” of success – that it can’t be mistaken for a revolutionary trend or cultural shift in a field that continues to suffer by being disproportionately white both in front of and behind the camera. Having a few stars of color or other minority backgrounds should not be mistaken for systemic change when those groups of people still make up such a small and even tokenized fraction of film.

A profile greatly missing from this conversation still is that of a Muslim woman in mainstream film. The intersectional element of identities in the world of film and representation is so critical, especially considering the sphere of influence it has on the entire world. Hollywood very well may be one of the most guilty examples.

Hollywood, in fact, is growing a bit warmer – all things considered – to Muslim men, especially South Asian ones, in general. It’s been a big year especially for names like Hasan Minhaj, whose one-man comedy show about being a brown boy in America hit Netflix this summer. Throw in Kumail Nanjiani – whose movie The Big Sick, which navigates his dilemma of dealing with his white girlfriend’s illness and their families as a Pakistani-American, premiered in theaters this July – and Aziz Ansari – the sometimes controversial figure behind the Netflix series Master of None – and you might just have a growing squad of brown Muslim men lurking into a more prominent light of Hollywood.

As Ahmed himself said in the same speech, it’s not enough to have “dots” that simply check boxes for enough of certain backgrounds for an industry like the film one to be considered “changing.” In fact, until we can look at any industry without finding the people “most like us” just by comparing which categories we affiliate with, we have a long way to go. And, most critically, when that list of names with whom you most identify, and thus against which you compare yourself to, simply has no women, maybe we should be thinking a little harder.

Ahmed’s win is nonetheless big because it truly is a notable step. It’s a valuable victory that must be honored and commemorated, indeed, but it also must be a reminder of the change that is yet to be achieved. Our glorification of one triumph cannot obscure the greater goal that continues to stand among greater lurking obstacles and issues surrounding representation.

Share
Previous What the Truck Bombings in Somalia Unveil About the Recovering Nation
Next Out of favour now, cryptocurrencies may have found a saviour in the Shariah 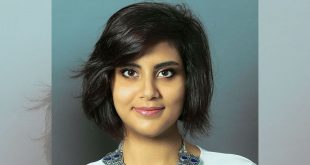 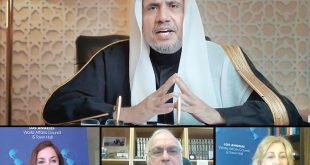 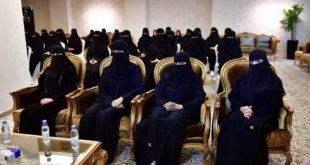