Saffron terrorism on prowl in India 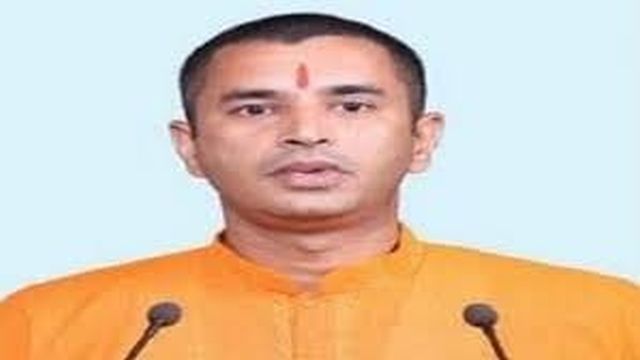 The ugly face of Hindutva terrorism has once again come to limelight with the arrest of three persons in Maharashtra for conspiring to carry out “terror activities” in several of places of the state.

According to Anti-Terrorism Squad (ATS), it has recovered 22 items from the accused home in Pune. These include; 20 crude bombs, two gelatine sheets, a note on how to prepare bombs, one six-volt battery, a few loose wires, transistors, glue etc. The bombs recovered were all active and ready to be used.

It is apparent that the suspects were up to do something sinister because such a huge cache of dangerous items points that they were meant to launch a coordinated attack at several targets. The suspected targets could have been in Mumbai, Pune, Satara, Solapur and Nallasopara.

Muslim’s ‘Bakrid’ festival that falls on August 22, 2018, could have been the day of attack as that day animal sacrifice is being done as part religious obligation. This can be inferred because all those arrested in this case belong to one or other Hindu radical group.

Those arrested are Vaibhav Raut (40), Sharad Kasalkar (25). Raut is a sympathiser of the Hindu right wing organization Sanatan Sanstha. He is also a member of the Hindu Govansh Raksha Samiti and active in carrying out raids against beef traders for allegedly ferrying banned meat in the locality. Raut was under police watch and was arrested from his two-storey bungalow in Nallasopara along with another accused, Sharad Kasalkar.

The third accused, Sudhanwa Gondhalekar from Satara, is a member of the Shri Shivapratishthan Hindustan whose chief Sambhaji Bhide was booked by Pune Police in two criminal cases related to violence near Bhima Koregaon on January 1, 2018.

A note recovered from Sharad Kasalkar house mentions the procedure to make a bomb and also had the phone number of the third accused, Sudhanwa Gondhalekar. The ATS had found that the duo was in constant touch with each other and had the knowledge of handling explosive. They were also training other members to make bombs.

The ATS is also probing links between these three accused with the murders of Narendra Dabholkar, Govind Pansare and MM Kalburgi and Gauri Lankesh that took place in recent past. The ATS sources said; the three accused frequently visited Sanatan Sanstha offices, whose members are the prime suspects in some of these murders.

The origin of Hindu terror activity can be traced to the rise of Hindutva politics in India that fanged since 1990. The collective Hindutva masculinity manifested itself in the demolition of the Babari mosque in 1992. In its aftermath, the Mumbai communal riots that took place, was an organized terror act orchestrated by Hindu groups.

The foremost name among all such group is that of Bajrang Dal whose activist burnt alive, an Australian missionary, Graham Staines, along with his two young sons in Orissa in 1999. This heart rendering event is cited as early example of Saffron terror in India.

The post Godhra train tragedy that triggered communal riots in Gujarat in 2002 is another example of organized crime carried out by armed Hindutva cadre. A carnage of communal mayhem was launched on the helpless Muslims to show force and instil terror in their hearts.

Ever since Hindu terror is on rise in India. Sanatan Sanstha, Hindu Janajagruti Samiti, Hindu Yuva Sena, Abhinav Bharat, and Shri Shivapratishthan Hindustan are some of the Hindu terror outfits, whose names are surfacing regularly in the media.

They are operating from Maharashtra, Karnataka and Goa and their violent attacks are sheer terrorism. They are per-meditated, politically motivated, and carried out by non-state actors against unarmed civilians. Their targets are not the immediate victim but the larger community whom they want to terrorize.

In 2007, Abhinav Bharat, a Hindu fundamentalist group, was reported to have carried out twin blasts in the Samjhauta Express train killing sixty-eight people mostly Muslims.

In the same year, Ajmer blast took place outside the holy shrine of Sufi saint Moinuddin Chishti that killed many devotes and alleged to be the handiwork of Hindu terror group.

Again in 2007, the Mecca Masjid bomb blast took place in Hyderabad that killed 14 people. The prime suspect of this blast was Swami Aseemanand.

The Malegaon bomb blasts, Mecca Masjid blast, Samjhauta Express blast, Ajmer Dargah blast all have one thing in common; all were carried out by one or other Hindu terrorist group.

In more recent years, the name of Bhartiya Gau Raksha Dal (BGRD), a non-profit organization registered in 2012 is surfacing as a part of saffron terror group. In the name of protecting cows, the BGRD is ‘lynching’ Muslims and so far have killed 28 such people. Their operational base is in Haryana, Western UP and Rajasthan.

These inchoate images of changing India are a very alarming trend. Has anyone thought out where the saffron terrorism is taking India? The Hindutva terror modules on prowl are actually targeting India, and a section of its citizen. The consequence of such terror act is beyond anyone’s comprehension.

The violent acts by the Hindu terror groups is creating deep communal divide in the country. The failure of the government to bring to justice the perpetrators of such crime has emboldened the Hindutva terror outfits.

At the same time its backlash is casing huge unrest among the Muslim community. If this phenomenon goes unchecked, may surely alienate the Muslim youth and force them to turn to militancy, as we saw in post Ayodhya phase. It will see another round of Muslim terror crimes in India.

(Syed Ali Mujtaba is a journalist based in Chennai. He can be contacted at syedalimujtaba@yahoo.com )