Breaking News
Home / Muslim Mirror / SC to EC: If voters list in text mode given in Rajasthan, why not in Madhya Pradesh

SC to EC: If voters list in text mode given in Rajasthan, why not in Madhya Pradesh 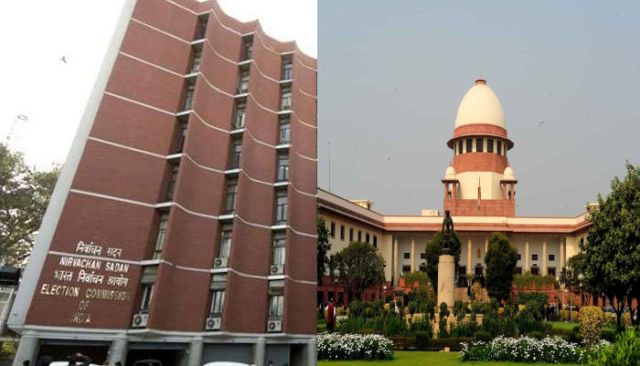 New Delhi : The Supreme Court on Friday asked the Election Commission to explain why it has not provided the draft voters’ list in text mode to various parties in Madhya Pradesh if it has done so in Rajasthan.

The court’s poser to the EC came in the course of hearing of a plea by congress leaders Kamal Nath and Sachin Pilot seeking a series of directions, including on the corrected voters’ list, which they said is dotted with multiple entries of the same voters.

Asserting that the “electoral rolls have to be pure”, the bench of Justice A.K. Sikri and Justice Ashok Bhushan asked the Election Commission: “If you have done it in Rajasthan, why not Madhya Pradesh?”

Appearing for Kamal Nath, senior counsel Abhishek Manu Singhvi told the court that the Election Commission was under mandate to provide the draft voters’ list in text mode.

Another senior counsel, Anoop Chaudhary, told the bench that in 2013, the EC had provided the list in text mode in Madhya Pradesh and the same was provided in the recent Karnataka assembly elections.

Singhvi contested the EC submission that it had provided the list in the PDF format.

EC’s submission was that it was not providing the list in text format to protect privacy of the voters. Singhvi told the court what has been provided are scanned copies of the voters’ list. He dared the EC to give the technology by which the list could be verified.

Asking the EC to file its response, the court directed next hearing of the matter on September 10.

Congress leader Kamal Nath has moved the top court seeking directions to the Election Commission to carry out verification of VVPAT units in at least 10 per cent randomly selected booths in each constituency of Madhya Pradesh ahead of the Assembly polls.

The Congress leader has also sought directions to the Election Commission to expeditiously decide all complaints and publish the voters’ list.

He has also demanded that the EC be prohibited from deleting the names from voters’ lists without informing the political parties.