It was quite an underwhelming occasion to meet Muhammed Azam Khan in Sitapur jail, UP, particularly for the one who has followed his political-life for the last three decades. A La Political Biographer recounts.

It was supposedly to be my second meeting with Muhammed Azam Khan, the sitting Member of Parliament from Rampur (UP), inside jail, the first was on February 28, 2020, as soon later, the Covid-19 restrictions were in place. Later, he was admitted to Medanta Hospital, along with his son Abdullah Azam on May 9, 2021, as both were diagnosed Corona positive, came back to Sitapur Jail after treatment on July 13, 2021, and was later again shifted to Medanta Hospital as his oxygen-levels deteriorated on July 20, 2021, to be back again to Sitapur Jail on September 11, 2021. 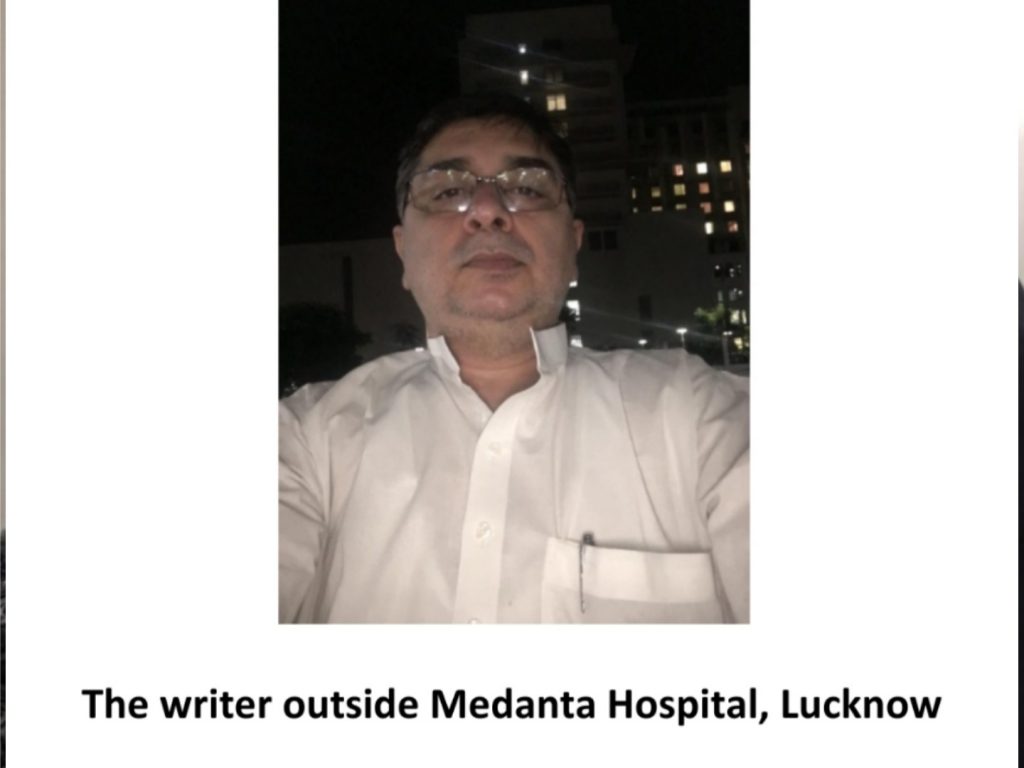 All during this phase, I was constantly outside Medanta Hospital, every third-fourth day, and kept the track of his health with Professor Kapoor, the Director of the hospital. I kept abreast with his medical-updates to his family and friends. His elder brother Muhammed Sharif Khan, all during the time, was on tenterhooks and definitely had a lot many sleepless nights. No one was allowed inside the hospital.
On November 7, an early morning drive to Sitapur, around 80 kms to the east of Lucknow, was in the making. After official frisking and cell phone surrender, finally MA Khan was sitting before. He betrayed any sign of fatigue and certainly was full of rigour, raring for the life outside jail, as without the slightest diffidence, he comforted his mates. The moment he came out from his ‘suicide-barrack’, where hardened criminals like rape accused Kuldeep Singh Senger, Bhartiya Janta Party (BJP) MLA and slain mafia don Munna Bajrangi had been kept, everyone stood in stoic silence and nearly everyone had moist eyes. Those present were Abdul Mannan Ex. MLA Bahujan Samaj Party (BSP), Irshad Khan (Ex. MLA BSP), Sultan Beg (Ex. MLA BSP), Rakesh Kumar Singh Rathore (Ex. MLA BJP), Jasmir Ansari (Ex. MLA BSP) and husband of Ex. MP from Sitapur Qaiser Jehan, Anoop Kumar Gupta Ex. MLA Samajwadi Party(SP) from Sitapur, Naseer Ahmed Khan ((MLA SP) and a medico from Rampur Aslam Pervez etc. 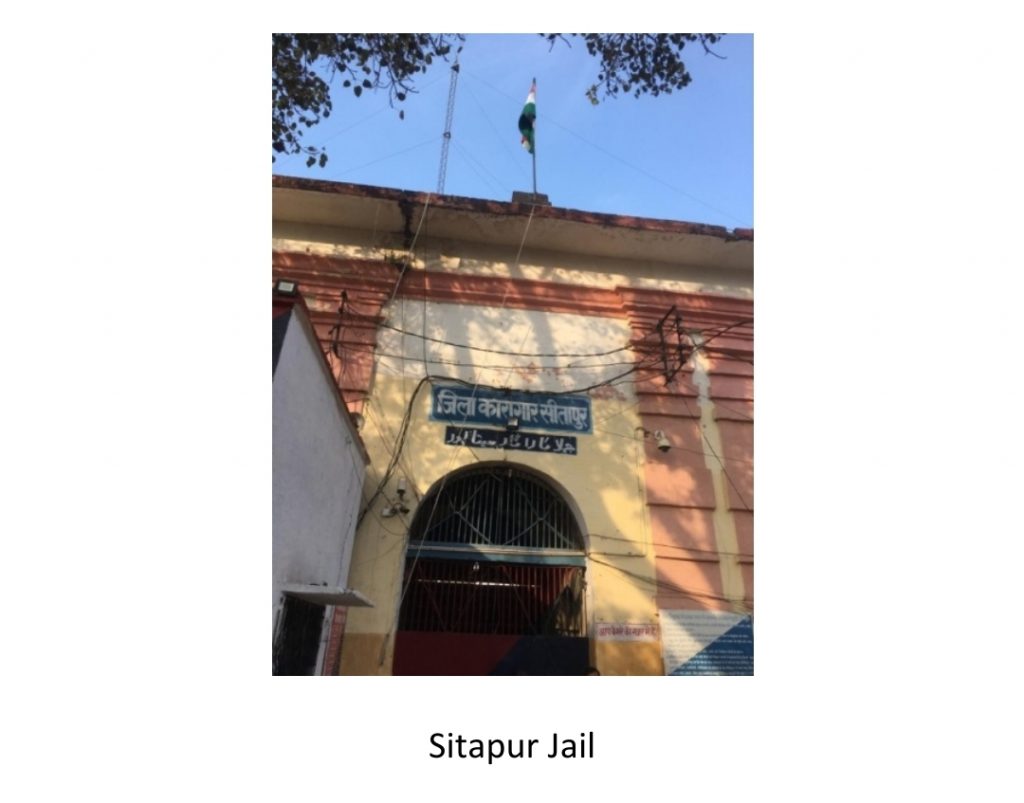 “Emergency was a candy-floss,” quipped MA Khan, as he reflected a comparison to his barrack, which had been white-washed lately, plastered anew, that too by the finance provided by AK Gupta (although he denies), yet even after the renovation, the place was still the worst unkempt and scruffy by any dwelling standard. AK Gupta has been the man-in-contact with everyone ‘from the hues’ to meet MA Khan.

MA Khan would then delve as to how were the hey-days of emergency (1975-77) during which he was jailed for 19 months, with what he had witnessed right now. He narrated that the walls were laden with thickets of green algae, snakes, scorpions, Vishkhopar (Monitor Lizard) and Bijju (Honey Badger) had to be discarded in order to survive. In the immediate backyard is the place where criminals are hanged. Honey Badger is found in the graveyards that eats the corpses. 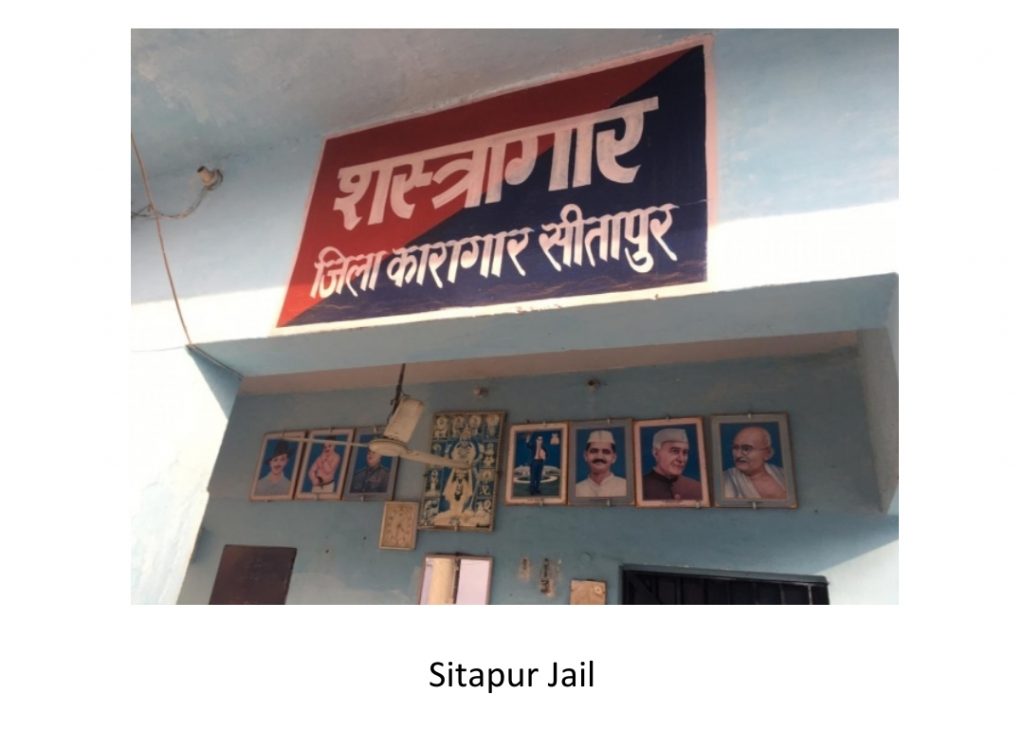 It may be mentioned that MA Khan, his wife, Tazeen Fatima, an Ex. Rajya Sabha MP and later MLA, and their son Abdullah Azam (MLA) were slapped with multiple frivolous cases, the father-son duo with around 100 cases, including allegedly, theft of cattle and books etc, MA Khan, his wife and son were sent to jail on February 26, 2020. Tazeen Fatima was granted bail and released on December 23, 2020.

Abdullah Azam would reminisce as to how his mother, who was a chronic patient of diabetes and had even dislocated her shoulder, surely, had the most rough deal, while inside the jail. She was in the same premises but inside Women’s Jail and they could meet her for 30 minutes every Saturday, as COVID-19 ravaged the state. The barracks are called ‘Tanhai’ (solitary confinement ) which was ‘writ all over’ for weeks and months. He would tell that the food was the worst imaginable as his mother had left her evening diet and had to survive on two bananas despite her sugar-levels always on the rise. If there was a horrendous-time, it was to be for his mother.

Abdullah would later inform that the bread supplied to them, was not even half-baked, and he would request the jail inmates, who are provided with sticks to burn, to warm the bread to make it eatable. When there was an electricity outage, he would sit by his father for hours, using a flap of a box for fan blowing. There was then everything to have become routine. Same day and same evening. He has developed swollen gums and availability of a dentist is just out of question. Abdullah would then bring an earthen-pot, enveloped with a jute cloth around, calling it as their fridge. He surely has attained the wit and humour of his father.

The scene which Abdullah narrated when his father’s oxygen-level dipped before July 20, 2020, can stir anyone’s heart, as he recalled that had the District Magistrate, Chief Medical Officer and other high authorities were ‘not pushed’, any mishap could have happened, until Medanta Hospital was co-ordinated again and also that SP Chief Akhilesh Yadav is said to have warned-the Principal Secretary Home if anything untoward happened! By now the meeting was drawing-to-a-close as MA Khan lauded the role of Jasmir Ansari ‘for his hospitality’ and that Abdullah has rightfully inherited his legacy in the first place.

Before, we were to ‘call it a day’, MA Khan snipped that the district authorities would come to conjure him over a compromise with the BJP government but that was never to be. When he was taken to Muradabad for a hearing, some 270kms, he was disallowed even for a loo, therefore, he would leave to even drink water from a day before! This was to become all the more aggravated as he has already had a prostate surgery. He would lastly quip that once outside he would organize shows of the tele serial Ertugrul Ghazi, in Jauhar University, of which he is the Chancellor, as that gives an irrepressible sense of resistance against injustice.

It won’t be out to place that Sitapur Jail has been where the hardships melted into what may be called as Azam’s mettle.

The writer is a former UP State Information Commissioner and a political analyst.