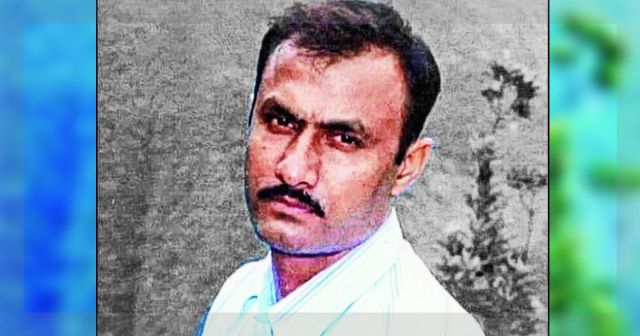 Mumbai, Jul 5 :  Senior lawyer Mahesh Jethmalani today accused the CBI in the Bombay High Court of fabricating evidence in the Sohrabuddin Shaikh alleged fake encounter case, saying that is why a large number of prosecution witnesses have turned hostile in the case.

A total of 77 witnesses have turned hostile so far in the case.

Jethmalani is the counsel for IPS officer Rajkumar Pandian, who was discharged by a trial court in the case.

He told a single-judge bench of Justice A M Badar that it was “no surprise” that the agency’s star witnesses Nathuba Jadeja and Gurdayal Singh, drivers with the Gujarat ATS at the time of the alleged encounter, had turned hostile.

“Both Jadeja and Singh were coerced by the Central Bureau of Investigation into giving statements that suited the prosecution’s case,” Jethmalani alleged.

It is no surprise that they turned hostile because even if they had stood their ground their depositions wouldn’t have passed the test of law, he said.

“That is because the CBI was given a mandate when it took over the probe in 2010, and it manufactured the content and fabricated evidence to suit its case,” Jethmalani charged.

He pointed out that as per the evidence on record, between 2005 (when the alleged encounters of Sohrabuddin Shaikh and his wife Kausar Bi took place) and 2010 (when the CBI took over the probe), Jadeja’s statement was recorded seven times.

In his first two statements before the Gujarat Crime Investigation Department (CID) in February 2006, Jadeja had said he was a witness to the incident and that the encounters were genuine.

Jadeja had stated that Sohrabuddin Shaikh, a Gujarat- based gangster was apprehended by the officials and as he was trying to flee the spot, one of the junior officials, an accused in the alleged fake encounter case, case had to fire some shots at him and he was killed, Jethmalani said.

But, Jadeja told the Gujarat CID in April 2007 that the above statement was incorrect and the said encounter was a fake one. He repeated this story before the CBI in May 2010, the senior lawyer said.

Jadeja subsequently wrote to a magistrate court in Gujarat claiming that the CBI and the CID had coerced him into giving such a statement. Last year, he turned hostile before a special CBI court in the city, Jethmalani said.

He said Gurdayal Singh too gave four different statements before the CID and the CBI between 2007 and 2010, first denying that he was a witness or an accomplice to the incident, but later telling the CBI that the encounter was fake, and ultimately turning hostile before the special court.

If the CBI had adequate evidence or credible witnesses against the discharged senior officials, then, relying upon a previous full-bench order of the apex court, the special court could still seek the arraignment of the officials concerned, Jethmalani said.

“However, the fact remains that the CBI’s witnesses are not credible or reliable. It’s telling that of the 125 odd witnesses examined so far, over 70 have turned hostile,” he said.

But, the CBI does not intend to examine all of them, he said.

In addition to the 125 witnesses already examined, the CBI intends to bring another 80 witnesses before the special court to prove its case, Singh said.

Shaikh, a gangster with alleged terror links, and his wife Kausar Bi were killed in a suspected fake encounter by the Gujarat police in November 2005.

His associate Prajapati was later killed in another alleged fake encounter by the Gujarat and Rajasthan police in December 2006.

Of the 38 people named by the CBI as accused, 15, including senior IPS officers D G Vanzara, Pandian, Dinesh M N and BJP president Amit Shah, were discharged by the CBI court in Mumbai between August 2016 and September 2017.

The arguments before the high court will continue tomorrow. AGENCIES