Supreme Court should review its judgment on section 377: Popular Front 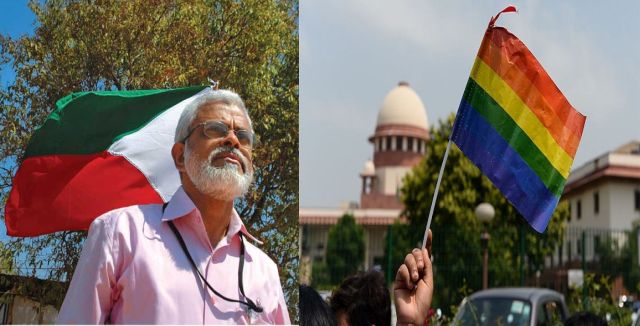 New Delhi: Reacting to Supreme Court verdict on homo-sexual, Popular Front of India on Saturday cautioned that it would expedite moral and cultural ruin of the society. It asked the Apex court to revisit its judgment on section 377.

In a statement issued in the context of the Supreme Court legalising homosexuality and gay marriage, PIF chairman E Abubacker said “by striking down Section 377 of Indian Penal code, the court has unfortunately acted against natural laws that are as old as human race”.

All religions and cultures of past and present consider marriage as the only legitimate system responsible for the healthy upbringing of progeny and survival of human race through generations. He reminded that in a society when homosexual marriages get protected by law, destruction of family system and triumph of anarchy and immorality will be the ultimate result, he underlined.

E Abubacker stated that those who laud legalization of gay marriage as a bold step in protecting individual freedom are ignoring the fact that every freedom is bound to be with reasonable restrictions. Our constitution put reasonable restrictions in the interest of public order and morality while guaranteeing each and every freedom under fundamental rights. It is ironical that while the basic rights of all people like freedom to eat what they like and speak what they like are widely threatened and curtailed, adequate interventions from judiciary are found missing. He also observed that once this sexual perversion acquires legal sanctity, lives of women would become more miserable.

PIF leader pleaded the Supreme Court to review the verdict and reinstate its previous position of treating homosexuality and gay marriage criminal offences.