During 1st war of Independence 1857, in the aftermath of the defeat of the Nawab of Awadh, Wazid Ali Shah, who was then dethroned by Britishers, Begam Hazrat Mahal took over reign of the revolting armies and continued the stiff fight against British rule. She united all Hindu-Muslim kings, Chieftains as well as the general public and dismantled the Union Jack from the Lucknow residency, besides arresting several English officers and their Indian protégés. Against the wishes of killing and punishing of the arrested English people by Indian Chiefs, Begam ordered not to persecute any English or Indian belonging to the ‘Raj’ because it was against Indian culture of ‘Sharnagat Raksha’. The large hearted tigress, later on fought a unrelenting war against the same people and was exiled to Nepal in a destitute state rather than yielding to the subservience to the Britishers.

The fighting spirit and leadership quality keeping Hindus and Muslims together, is worth quoting and a glowing example of Hindu-Muslim unity during the freedom struggle.

Why organisations like Al-Qaeda and ISIS can never succeed in India?

Should Muslims having genuine identity proofs worry about CAA and NRC? 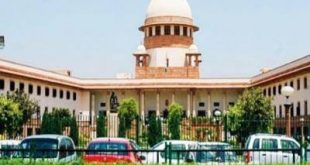 Uniform Civil Code: The Milestone in Consolidating the Unity of India