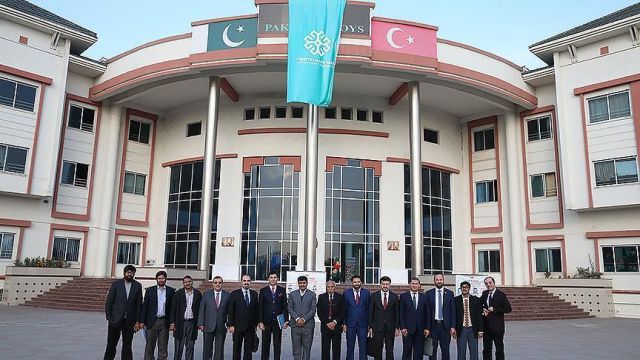 Maarif Foundation country director Selahattin Batur along with other officials took over the schools in Lahore, the capital of northeastern Punjab province.

“The school students and staff warmly welcomed us and we assured them that we would provide more facilities in these schools and improve the standard of education there,” Batur told Anadolu Agency.

He said that the foundation had already taken over FETO-linked schools in capital Islamabad.

Last month, the Supreme Court of Pakistan ordered the government to declare FETO a terror group and to ban its affiliated schools in the country.

The top court also ordered the transfer of FETO’s “movable and immovable assets”, schools, colleges, education centers and other similar entities to the Maarif Foundation.

Turkey established the Maarif Foundation in 2016 after a coup attempt to take over the administration of overseas schools linked to FETO. It also establishes schools and education centers abroad.

FETO and its U.S.-based leader Fetullah Gulen orchestrated the defeated coup of July 15, 2016 in Turkey, which left 251 people martyred and nearly 2,200 injured.