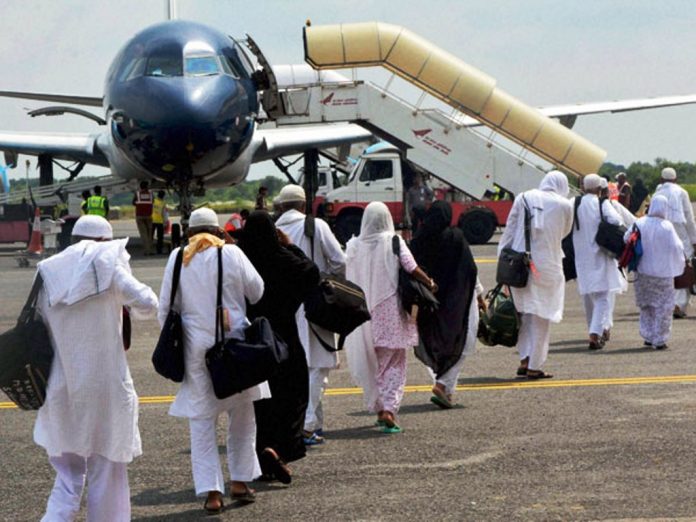 New Delhi: Union Minister of Minority Affairs Mukhtar Abbas Naqvi on Sunday claimed that the quota for Indians to perform Haj has increased from 1,32,000 pilgrims to two lakh pilgrims in the last five years, the highest number since Independence.

Mr. Naqvi was addressing a press conference at the Haj House where he launched an online portal http://haj.nic.in/pto/ and a mobile App (HPFS) for the better organisation and experience of all Indian pilgrims.

In February this year, the Saudi Crown Prince Mohammed bin Salman at a meeting with Prime Minister Narendra Modi had announced that Indian Haj quota would be increased by 25 thousand to two lakhs.

Flights for Haj will begin from July 4 and from various places across the country. There will be more than 500 flights catering the pilgrims.

A total of 14 health centres (11 in Makkah and three in Madina) have been established along with three hospitals in Makkah and one hospital in Madina to ensure proper health facilities for Haj pilgrims, the minister said.