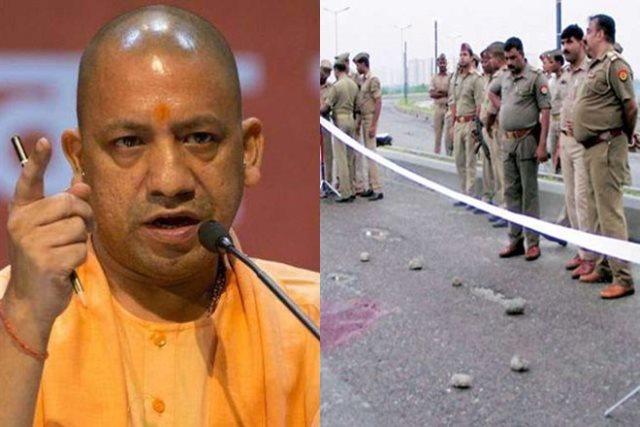 New Delhi / Geneva: Alarmed by the allegations of at least 59 extra-judicial killings carried out by the police in Uttar Pradesh since March 2017, United Nation’s human rights body has slammed the state BJP government led by chief minister Yogi Adityanath who is a monk and a known Hindutva hardliner. The UN has sought a response from the Indian government on the issue but it did not get any reply from it. Meanwhile, Supreme Court of India on Monday is scheduled to hear a petition on a court-monitored investigation into the killings by an independent body which was filed by PUCL and other Indian human rights groups.

According to a press note, four UN human rights experts expressed alarm about allegations of encounter killings and sent a detailed report to the Indian Government on 15 such cases, most concerning individuals from Muslim communities living in poverty. They have yet to receive a response to their letter from the Indian government.

It stated that evidence indicates the killings took place in police custody. In all of the cases, the police said the killings were during encounters and in self-defence.

“We are extremely concerned about the pattern of events: individuals allegedly being abducted or arrested before their killing, and their bodies bearing injuries indicative of torture,” the UN experts said.

They also expressed concerns that the Supreme Court’s guidelines on investigations were not followed. This included police failing to inform family members of the killings, to conduct examinations of the scene, to provide copies of post-mortem reports to families, and to transfer cases to an independent investigative agency.

“We have also received allegations of corruption including the police demanding money to release the victim prior to the killing,” added the experts.

They also expressed serious concerns about reports that family members of victims and human rights defenders working on the cases have been harassed, subjected to death threats from police and had false criminal cases brought against them in apparent attempts to intimidate them.

“Unfortunately we are continuing to receive reports of other similar cases of killings as well as threats and harassment,” the experts said. “These are extremely serious allegations requiring immediate action.”

UN experts called for an urgent review of the use of force by Uttar Pradesh police to ensure all law enforcement operations were conducted in compliance with international standards, for prompt, independent, and thorough investigations into all allegations of potentially unlawful killings and for perpetrators to be prosecuted.

“Family members of victims and human rights defenders must also be protected from reprisals, and threats and harassment against them investigated.”

The UN experts also said it is matter of grave concern that the statements issued by high-ranking UP state government and police officials seeming to “incite, justify or sanction killings”.

Meanwhile, the National Human Rights Commission has ordered an investigation on May 9, 2018 into 18 deaths, including those raised by the experts, which is ongoing. The Supreme Court is scheduled to consider a request for a court monitored investigation into the killings by an independent body on Monday. The petition was filed by People’s Union for Civil Liberties (PUCL) and Citizens Against Hate (CAH) also asked for protection of the families against persecution by state and non-state actors.