(Un)holy alliance over; JK back to governor’s rule 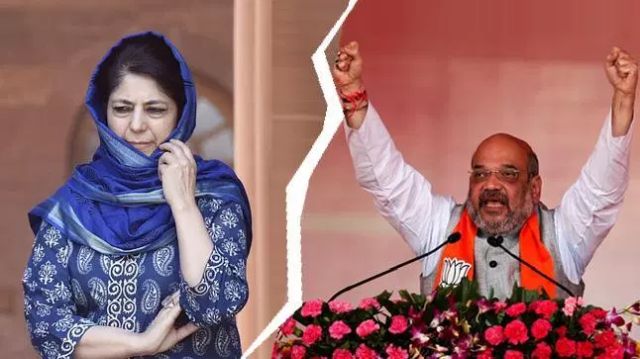 Srinagar: In a shocking move, the Bharatiya Janata Party in Jammu Kashmir pulled out of its alliance with the People’s Democratic Party on Tuesday. The decision was taken after BJP ministers arrived in New Delhi to meet party president Amit Shah.

Addressing a press conference after the meeting, the party’s J&K in-charge, Ram Madhav, said “After taking stock of the situation in the state, the central government and central party is of the view that we should leave the government. Keeping national interest in mind and that Kashmir is an integral part of India, we have to say it is time that the reins of power in the state be handed over to the governor.”

Chief Minister Mehbooba Mufti rendered her resignation soon after the alliance breakdown, saying she is not ready for any other coalition for the sake of remaining in power.” “We brought in unilateral ceasefire which brought a lot of relief to the people. We can’t have a muscular policy in Jammu and Kashmir. We weren’t a part of an alliance just for power,” she said.

Considered widely as a marriage of convenience, the coalition between BJP and PDP saw Kashmir Valley descend into deeper political crisis with more than 200 civilians being killed, thousands injured and hundreds of protestors being blinded by pellet guns.

Previous Lifetime experience essaying Bal Thackeray: Nawazuddin
Next Yoga has nothing to do with religion: Vice President