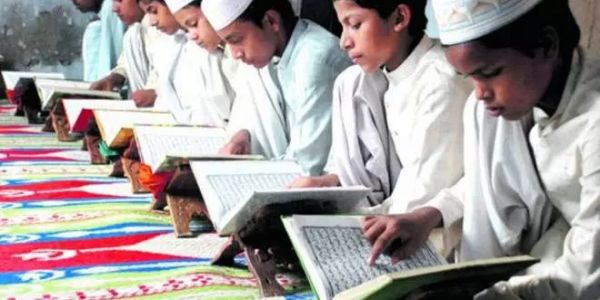 The decision in this regard was taken at the cabinet meeting chaired by Chief Minister Yogi Adityanath here this evening.

The cabinet also approved the proposal of following NCERT syllabus and books in the madrassas, an official spokesman said here.

Subjects like Hindi, English, Science, Mathematics and Social Science would be introduced in the curriculum, the official said.

The state madrassa board in a meeting with the government on May 15 had suggested that all Islamic institutions should teach English and Hindi languages along with Urdu.