UP Muslim clerics to appeal for peace after Friday prayers 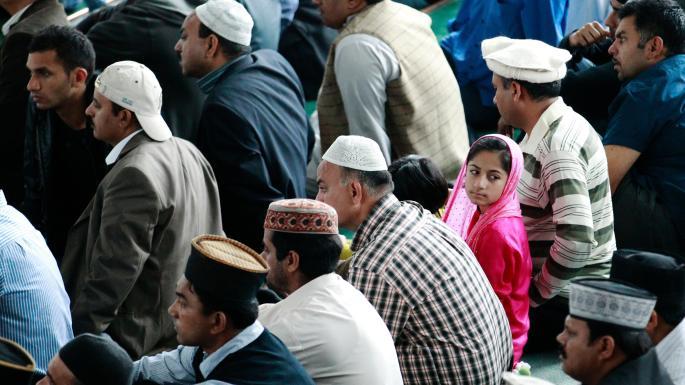 Lucknow: Muslim clerics across Uttar Pradesh will ask the community to maintain peace in the wake of the Supreme Court judgment in the Ram Janmabhumi-Babri Masjid title dispute case on November 17.

The clerics would disseminate the message of peace and brotherhood after the Friday prayers.

This comes a day after the All India Muslim Personal Law Board (AIMPLB) asked the community to honour the Supreme Court verdict and accept whatever decision is given.

According to sources, Imams in Aligarh, Agra, Meerut, Azamgarh, Lucknow, Kanpur and some other districts will be giving the ”message of peace” to Muslims after the Friday prayers.

District administrations in several districts have been activating peace committees on the advice of the state government and have been asked to publicly advise the community members to exercise restraint on the issue.

Talking to reporters Maulana Ahmad Khan said in Aligarh: “Whatever is the decision of the apex court on Ayodhya issue, communal harmony should be maintained in the town. We will circulate this message after Friday prayers and urge people to accept the Supreme Court”s judgement on Ayodhya issue with open arms.”

He said that they will also keep an eye on people who try to disturb the law and order situation.

Another cleric, Maulana Akhtar Hasan in Prayagraj, said that the priority would be to maintain peace and harmony and work in close coordination with the administration.

Members from the community, who attended the peace committee meetings, even suggested that the district authorities should shut down the internet service for a day so that people do not create mischief by sending misinformation through the social media.