Wait for Ayodhya verdict could stretch on for thousand years: Sena’s Raut 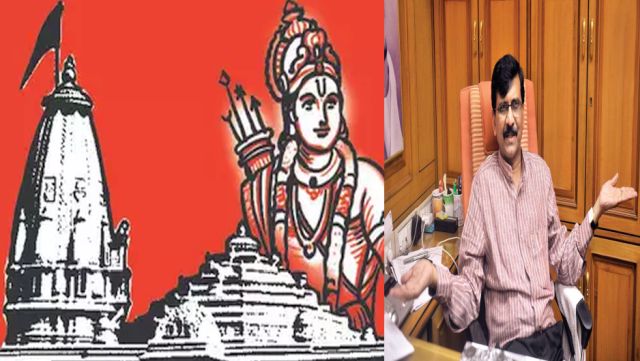 Lucknow : Shiv Sena spokesman Sanjay Raut on Thursday said waiting for the Supreme Court to settle the Ram Janmabhoomi issue was fruitless as it could stretch on for a “thousand years.”

In the temple town of Ayodhya to assess the preparations for the November 25 visit of party chief Uddhav Thackeray, Raut said the only way for the construction of a grand Ram temple was “the ordinance route”.

Shiv Sena is BJP’s ally both at Centre as well as in Maharashtra.

Raut, a Shiv Sena MP in the Rajya Sabha, said Thackeray’s Ayodhya visit later this month was aimed at “reminding Prime Minister Modi and UP Chief Minister Yogi Adityanath of their commitment to the cause dear to millions of Hindus.”

Raut said Prime Minister Modi has overcome many hurdles in his political career and that he was very hopeful Modi would successfully cross the hurdles around the Ayodhya imbroglio, also.