We are Indian firm, says Hidu owner of Karachi Bakery after Bengaluru protest 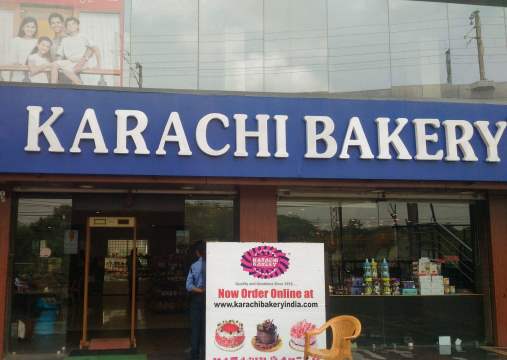 Hyderabad : Hyderabad-based Karachi Bakery on Saturday clarified it is an Indian company and urged all to refrain from any misconceptions.

The clarification came after protest at one of its outlets in Bengaluru, demanding the change of name for its connection with Pakistan.

A group of people also raised slogans against Pakistan for its involvement in February 14 terror attack in Jammu and Kashmir, which claimed lives of 40 Central Reserve Police Force (CRPF) troopers.

The protest forced the shop at Indiranagar to cover the name ‘Karachi’ on its signboard and put up an Indian flag.

Karachi Bakery, famous for Osmania and fruit biscuits, was set up in Hyderabad in 1953 by Khanchand Ramnani, who migrated to India from Pakistan province Sindh during the partition.

“The essence of Karachi Bakery is absolutely Indian by heart and will remain so. We request everybody to refrain from any kind of misconceptions,” the company said in a statement posted on Facebook.

“The incident in Bengaluru was due to some misunderstanding. We have convinced all that this is an Indian company that has nothing to do with Pakistan,” Girish Varindhani, Manager (Operations), Karachi Bakery, told IANS.

He said there was no problem at any other outlet in any other city as most people know who founded Karachi Bakery.

Karachi Bakery, first set up at Moazzam Jahi Market in the heart of Hyderabad, has expanded operations in recent years by opening over 15 stores in various parts of the city and its twin city Secunderabad.

Taking its brand beyond Hyderabad, it also opened stores in Mumbai, Delhi, Bengaluru and other cities.IANS