Breaking News
Home / Blog / What is Islamic Banking and why does the RBI want it in India?

What is Islamic Banking and why does the RBI want it in India?

What is Islamic banking?

Islamic banking is a banking system in accordance with the Shariat. In Islam, money has no intrinsic value – money, therefore, cannot be sold at a profit and is permitted to be used as per shariat only. The Islamic Law or Shariat prohibits paying any fee for renting of money (called riba) for specific periods of time. It also prohibits any sort of investment in businesses that are considered haraam or against the principles of Islam. It is largely believed that these principles have been derived from the Quran and have been in practice since then.

How did modern Islamic banking evolve?

The first successful example of an Islamic Bank was perhaps a financial institution called Tabung Haji in Malaysia which originally came into being due to high demand of interest-free money for pilgrimage (Hajj) since this was not possible by way of conventional banking system. Thus, in 1963 Tabung Haji came into being with a total of 1,281 depositors which increased to 8,67,220 depositors and with deposits over one billion Malaysian dollars. This paved the way for creation of more Islamic banks especially in Egypt where small scale Islamic Banks existed in the 1960s, catering primarily to the rural areas. The success of these banks led to the formation of the Naseer Social Bank in Cairo in the year 1972. In the same decade an International Islamic Bank for Trade and Development was proposed, which led to the creation of Islamic Development Bank with a view to promote economic development of the Muslim community in accordance with the Shariat laws.

How can banks function without taking interest?

Islamic Banks work on the principles of an interest free banking. Riba or interest under Islamic Law basically means anything in “excess” – the investor should not make an “undue” profit from the hard work of the other. But it is permitted to follow a system of reasonable profit and return from investment where the investor takes a risk that is well calculated. Thus, Islamic banks make available accounts which provide profit or loss instead of interest rates. The banks use this money collected by them and invest in something that is shariat compliant, that is not haraam and does not involve high risks. Thus, businesses involving alcohol, drugs, war weapons etc. as well as all other high risk and speculative activities are prohibited. Islamic Banking, therefore, acts as an agent by collecting the money on behalf of its customers, investing them in shariat compliant projects and sharing the profits or losses with them. The Dow Jones Islamic Market Index came into being in the year 1999 for investors willing to invest in shariat compliant projects.

There are various products in Islamic Banking that cover the needs and requirements of the consumers. Some of them are Mudarbah (profit sharing – one party provides finances, the other provides expertise), Musharaka (joint venture – both parties share everything equally), Murabaha (cost plus profit), Ijara (letting on lease), Istisna amongst others.

Really? Banking without interest? Come on.

The concept of Islamic banking has often been criticised by both purists as well as modern conventional bankers. It is stated that the instruments in Islamic banking are essentially the same as the ones in traditional banking and have the same purpose with merely different terminology. It is often stated that in today’s time of profit maximisation there is a thin line between riba and profit. The modern Islamic Banks have found ways to work around the conventional instruments and include them in Islamic banking instruments. One such example is an instrument called mudarabah, which is essentially nothing else but a mortgage and the banker ends up earning an interest in the form of mortgage interest rate on it. There are arguments that Islamic Banking was based on high ethical principles which no longer remain the same. A World Bank paper states that conventional and Islamic banking methods are very similar to each other. Another criticism is that the Islamic bankers find their way around the system and “manage” to get a shariat compliance certificate from a scholar to invest in.

India isn’t an Islamic country. So why have Islamic banking here?

While Islamic Banking is prevalent and is common in Islamic countries, there are plenty of non-Islamic countries that are now opening Islamic “windows” in conventional banks. These are departments within the banks and they offer shariat compliant products to the customers. China, United Kingdom, United States, Germany are some of the countries that offer Islamic windows.

The US has the American Finance House LARIBA which is a riba free and shariat complaint financial institution that is involved in auto, business, trade financing, hedge fund investing etc.

So how does India benefit from Islamic banking?

Introduction of Islamic Banking was mooted by Raghuram Rajan in his report on the Financial Sector in the year 2008 where he recommended that interest-free banking techniques should be operated on a larger scale so as to give access to those who are unable to access banking services, including those belong to economically disadvantaged section of the society.

An Islamic Banking window will encourage many from the Muslim community to come forward and invest in projects thereby mobilising huge amount of capital which they may not be willing to put in the banks. This also means that India will be able to attract huge investments from West Asia and from those who invest only in shariat compliant projects.

However, the Indian banking laws will have to be amended so as to incorporate the provisions relating to Islamic banking. For example, the Banking Regulation Act requires payment of interest which is against the principles of Islamic Banking. The Act also specifies “banking” to mean accepting deposits of money from public for lending or investment, thus excluding within its ambit the instruments of Islamic banking that promote profit and loss.

The recent proposal of RBI for opening of an Islamic Banking window has received mixed reactions from many especially in the light of the recent Uniform Civil Code debate and is likely to take a political angle instead of a financial one.

It is pertinent to highlight that investing in shariat compliant projects though Islamic Banking windows is something that is mandatory in nature for Muslims, unlike personal laws. For everyone, it will just be an additional financial investment opportunity. It is important to remember that using banking services of one kind need not interfere with the use of another.

Previous The State of Islamic Finance in India: Strengths and Weaknesses
Next ‘India needs to overcome the feelings of the past to face the challenges of the present’ – Justice Khehar 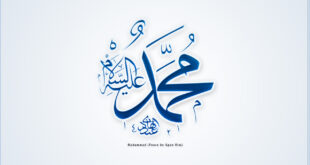 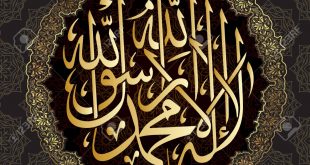