Breaking News
Home / Columns / What is Mehr in Marriage? | According to Islam and Quran

What is Mehr in Marriage? | According to Islam and Quran

Marriage has special importance in Islam. Marriage is a legal contract between two parties. In Islam marriage being an obligatory act is so important that it is declared to be one half of Muslim’s faith. We can say that Marriage is Half Deen of Muslims. It is narrated by Anas that the Messenger of Allah (SAW) said, “When a man marries, he has fulfilled half of his religion, so let him fear Allah regarding the remaining half.” 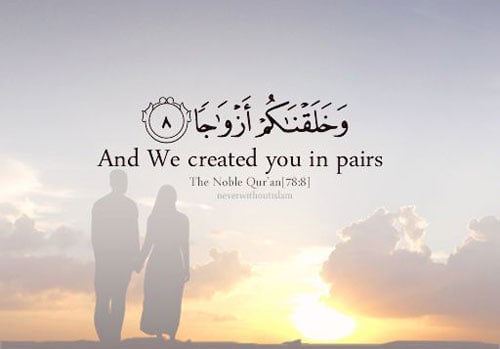 When marriage vows are recited then husband gives his wife a gift which is known as “Haq Mehr”.  In religion Islam, there are some basic components that have to be fulfilled without them marriage is not completed. One of those components is “Mehr” which is the amount of wealth that husband pays to his wife.

Allah Almighty called it “freedah” in the Quran and commanded Muslim men to pay it happily to their wives. So it’s obligatory on every man who is going to get married to pay “Mehr” to his wife. It is the legal right of the wife. It can be in cash or any other kind of property. The amount is variable not fixed and should be agreed to by both parties. No one is excluded from this as our beloved Prophet Muhammad (SAW) also paid “Mehr” to His wives. In Holy Quran, Allah Almighty said in these words: “O Prophet, We have made permissible for you the wives whose dower you have paid….” (Quran, 33:50)

The Mehr is the sole property of the wife and neither parents nor any other relatives have any right over it. Hence, in the light of the Quran and Hadith, it can carefully be said that the Mehr is the amount of wealth that a Muslim man must pay in order to be able to start to, and continue to, enjoy a Muslim woman’s private parts in the way approved by Allah Almighty i.e. through halal married relations.

Islam is the complete code of life, by which all the financial responsibilities are laid on the man in marriage. But the Mehr is a token installment and a commitment which the man shows regarding his responsibility towards his wife. Allah says in Noble Quran: “And give unto the women, (whom ye marry) free gift of their marriage portions…” (Quran, An-Nisa’: 4)

Mehr only belongs to the wife and it is to be given to her. It is not the property of her parents or her guardian. If a husband dies without paying mehr to his wife, it will be an exceptional debt to him and it must be paid before the distribution of his inheritance among his inheritors. Prophet Muhammad (PBUH) said about the value of mehr: “Go and look for something, even if it is a ring of iron.” (Bukhari)

The man has to pay to the divorced woman an amount which was decided at the time of Nikah that is “Mehr”. In Quran Allah Almighty said: “And if you decided to divorce a wife in order to take another, do not take away anything of what you might have given the first one, even if you had given her a great amount of gold. Would you take it back by slandering her and committing a manifest offense? (Quran, 4:20)

In short, we can say that “Mehr” is totally for the woman and it is for her security. Nobody can demand the mehr from a woman, not even her parents, siblings or guardian. Islam has commanded the mehr obligatory in marriage. May Allah give us chance to live our lives according to Islamic and Quranic teachings. Ameen!

Muharram 2022 Moon not sighted in India, Bangladesh and Pakistan; Ashura on Aug 09

Qasim Nanautawi: The Scholar who awakened Muslims through education

Viral: Here’s how much Sana Khan paid for her Hajj Pilgrimage