Why no noise over cattle smugglers attacking gaurakshaks, asks Bhagwat 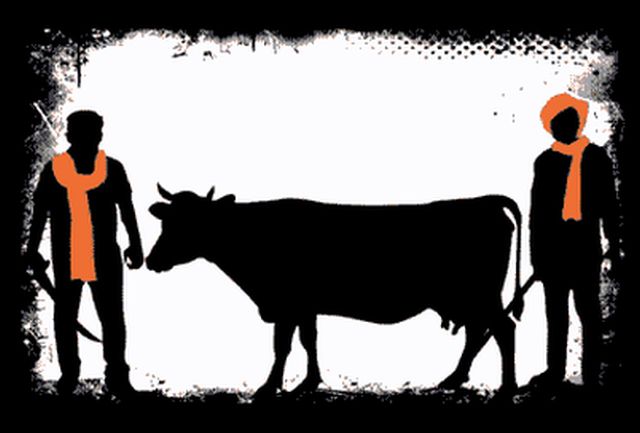 New Delhi : In the midst of a raging controversy over lynchings by cow vigilantes, RSS chief Mohan Bhagwat on Wednesday said that there were “double standards” over violence in the name of cow with nobody making any “noise” about cattle smugglers attacking the gaurakshaks.

He also emphasised that those genuinely involved in the service of the cow, including Muslims who maintain cow shelters, should not be linked to lynching incidents.

“The cattle smugglers attack. There is noise over lynching but when cow smugglers attack and indulge in violence, there is no noise over it. We should abandon these double standards,” Bhagwat said in response to a query at a question-answer session at the concluding day of the outreach event here.

He said that indulging in violence or taking law in one’s hands over any issue, including the cow, was “inappropriate” and a “crime” which needs to be punished but stressed that “gau raksha toh honi chahiye” (cow must be protected).

“Cow must be protected. It is also in the Directive Principles of the Constitution. So it must be acted upon. But cow protection cannot be done only through law. The cow protectors must keep the cows. If they leave the cows in the open, it will lead to nuisance. And it will also raise questions on the faith about cow protection. Therefore, cow should be preserved,” he said.

He said that serving the cow reduces criminal tendencies in the person.

Bhagwat said that awareness about the utility of cow had been increasing.

“Several people are running good gaushalas in the country. And there are many Muslims among them. The entire Jain community is committed towards gauraksha. So they should not be associated with lynching,” he said.

Share
Previous Jharkhand Minister on dharna against arrest of Hindus over communal clashes
Next By tradition, nationalism and ancestry, we are all Hindus: Bhagwat