Why the triple talaq Ordinance is neither perfect nor necessary 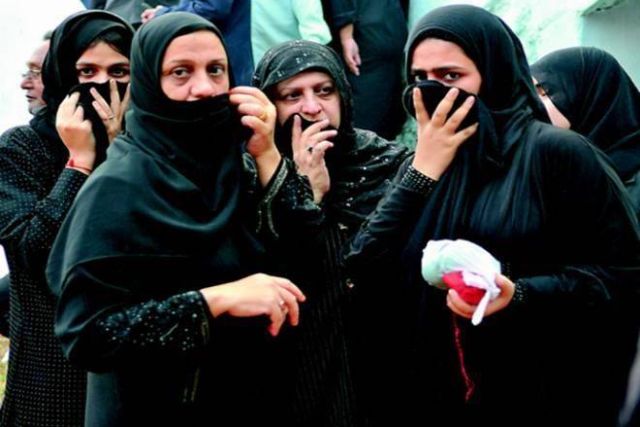 What is the purpose of criminal law, and what is its relationship with the state and the citizen? How does the Ordinance measure up against the core principles of Indian constitutionalism and jurisprudence?

What is the purpose of criminal law, and what is its relationship with the state and the citizen? How does the Ordinance measure up against the core principles of Indian constitutionalism and jurisprudence?

Criminal law is the most direct expression of the relationship between a state and citizens. Criminal sanction is the most coercive method available to the state to regulate the behaviour of an individual. Criminal law’s promise as an instrument of safety is matched only by its power to destroy. While civil law deals with private wrongs or personal rights — where an individual is harmed and therefore, compensation is considered sufficient — criminal law is concerned with situations in which not just an individual is injured, but the well-being of society as a whole is at stake. Accordingly, mere compensation is considered inadequate, and punishment is inflicted. The state prosecutes the accused on behalf of society.

The purpose of criminal law is to forbid and prevent conduct that unjustifiably and inexcusably inflicts or threatens substantial harm to individual or public interests. In striking down Section 377 of the IPC this month, the Supreme Court approved the “harm” theory, saying consensual sexual relations do not harm anybody and therefore, homosexuality cannot be criminalised.

A “crime” originates in government policy, and criminal law, therefore, often reflects the idea of power rather than of justice. The state in its discretion declares certain acts ‘crime’ as per its electoral or diversionary needs. In the last session of Parliament for example, the government amended the Prevention of Corruption Act, decriminalising the taking of pecuniary advantage for oneself or another without public interest. Similarly, to attract the votes of women, Chief Minister Nitish Kumar enforced prohibition in Bihar in 2015, and is now taking steps to dilute the law — perhaps for the votes of men. And the Punjab Assembly has recently passed unanimously The Indian Penal Code (Punjab Amendment) Bill, 2018 to insert a new Sec 295AA, making “injury, damage or sacrilege” to the holy books of Sikhs, Hindus, Muslims and Christians punishable with life imprisonment.

Since the Supreme Court has already set aside instant triple talaq in Shayara Bano (2017), a Muslim man can no longer use it to cause ‘harm’ to his wife, and it no longer threatens the security and well-being of society as a whole. Also, a punishment, to be just, should have only that degree of severity which is sufficient to deter others. Consider some of the other crimes that attract 3 years in jail and/or fine:

* Promoting enmity between classes of people (IPC Sec 153A),

* Import or export of counterfeit coin (IPC Sec 237), and

* Deliberate and malicious insulting of the religion or religious beliefs of any class (IPC Sec 295A).

These crimes are more serious than the act of an individual who, instead of taking 3 months to divorce his wife (which is permissible), pronounced talaq thrice instantly.

Some other crimes for which the IPC prescribes lesser punishment are:

* Causing death by rash or negligent act (IPC Sec 304A); Rioting (IPC Sec 147); Injuring or defiling place of worship with intent to insult the religion of any class (IPC Sec 295) — all punishable by 2 years in jail or fine or both;

* Negligent act likely to spread infection of disease danger­ous to life (IPC Sec 269); Adulteration of food or drink intended for sale (IPC Sec 272); Negligent conduct with respect to poisonous substance (IPC Sec 284); Causing hurt by act endangering life or personal safety of others (IPC Sec 337) — all punishable by 6 months in jail or fine or both.

In contrast, imprisonment of 3 years for triple talaq is excessive, arbitrary, irrational, and thus violative of Article 14 of the Constitution. Excessive and disproportionate punishment was one of the grounds on which Sec 377 was struck down.

The Ordinance has made three changes in The Muslim Women (Protection of Rights on Marriage) Bill, 2017, which was passed by Lok Sabha on December 28, 2017 — the provision of bail, filing of FIR only by the affected wife or her family, and the scope for reconciliation and compromise by the parties — but continues to have problems.

The moot question is: Should uttering the word talaq three times in one go be a criminal offence? The English philosopher-jurist Jeremy Bentham (1748-1832) argued against using criminal law in three situations: when there is no evil in the act that legislature endeavours to prevent; where punishment would be inefficacious; and where punishment would be unprofitable, that is, the evil of punishment is greater than the evil of the act. Following Shayara Bano, triple talaq can no longer break the marital tie, and is, therefore, inconsequential. The Italian Enlightenment criminologist Cesare Beccaria wrote that the fundamental principle of good legislation is the art of conducting men to the maximum of happiness, and to the minimum of misery. A principal source of errors and injustice in legislation are false ideas of its utility.

In criminalising any act, the state must demonstrate “compelling state interest”. Ordinances are to be promulgated when there is immediate need of a law and Parliament is not in session. The Muslim Women (Protection of Rights on Marriage) Bill, 2017 is pending in Rajya Sabha. Political needs do not justify the use of the extraordinary power to promulgate an Ordinance.

The Statement of Objects and Reasons of the Ordinance says the Supreme Court held triple divorce unconstitutional. In fact, the court merely set aside the practice. The Ordinance itself may be struck down as unconstitutional on the grounds of harm theory, and arbitrary and excessive punishment.