Will Ayodhya panel break the jinx? 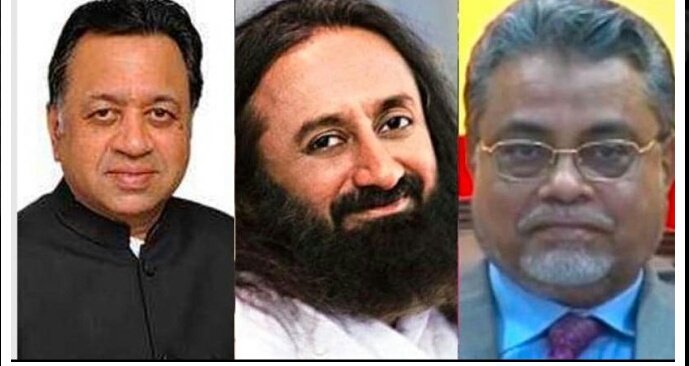 Ayodhya issue is an explosive mix of history, religion and politics. Can the Ayodhya land dispute mediation panel make any dent in crafting a compromise among the disputing parties is the fundamental question? This method of arbitration has made the case too simple, because if any such compromise has to have reached, it could have been done long ago, and there was no need for this matter to reach the Supreme Court.

Now let’s talk about the panelist constituted by the Supreme Court, are the members of the panel accepted to the contending parties. There is a feeling that the Apex Court without ascertaining the views of the parties concerned has constituted a panel that it will narrow the differing perception and bring them to an overall agreement. This is too farfetched assumption by the Supreme Court.

Let’s examine the credibility of the panelist first. Justice Fakkir Mohamed Ibrahim Kalifulla, a Tamil Muslim who is heading the panel enjoys no credibility among the north Indian Muslims.

The learned judge had earlier delivered a judgment in favour of the Hindu community making teaching Vedic Astronomy in universities has anguished the Muslim community.

They are questioning does Justice Ibrahim Kalifulla have any knowledge about the history of his own religion’s astronomical contributions to the world? Does he know someone called Ibne Timya, an Arab who is hailed as precursor to modern day astronomical science?

Similarly, the inclusion of senior advocate Sriram Panchu in the Ayodhya panel is a questionable. Though he may have some experience in arbitration, but he has no claim to fame what so ever in dealing with issues that is politically, religiously and historically overcharged. As such he is totally misfit to mediate in the case of Ayodhya dispute which is a cocktail of history, religion and politics.

The inclusion of Sri Sri Ravi Sankar in the panel is dubious. He had already attempted mediation before in this matter and had asked the Muslim group to give up their rights over the Babari Masjid land as there would be bloodbath in the country if they do not do that. To this the All India Muslim Personal Law Board who he negotiated had rejected his proposal in Toto.

In such case will Ayodhya Panel break the jinx?  It appears that all the members of the panel lack the understanding of the political sensitiveness of this case. They have little historical understanding and the religious undertones of involved in this case.

In such situation the constitution of the panel to arbitrate in Ayodha dispute seems to be a futile exercise as contending parties will never accept unfavorable suggestions made by the panelists.

What is at stake is the sacrality of the faith of Muslim community in India who carries a historical baggage on their heads and is the third largest Muslim population in the world. They certainly cannot mow down through a mediatory process by instilling fear on them.

The Muslim appellants contention is; a mosque is a mosque otherwise it’s no mosque. Muslim party is ready to accept a judgment if it is convincingly proved with clinching evidences that Babri masjid is not a mosque and as such the Muslims claim over the title of the land on which mosque exited for more than five hundred years is null and void.

In simple words this Civil Dispute (Diwani) case has to be decided on the claims and counter made by the appellants purely on the basis of documents that could stand to the merit of judicial scrutiny.

It would be naïve to accept that Muslims group will comply with the Ayodhya land dispute mediatory panel’s suggestion to forfeit their claim of Babari masjid as it cannot be compared with   Lord Ram birth place.

Here comes the term of reference that the Court set; “whether a mosque is an essential part of Islam and thus protected by the constitution.” This term of reference should also include;   “whether Lord Ram existed or was born on exactly that very spot of the mosque and if so where is his death spot.”

The answer to the first part of the terms of reference is that mosque is an essential part of Islam and has to be protected by the constitution because in their religious text Muslims asked to say their prayers in mosque alone else it won’t be heard by the heaven if there is presence of a mosque. The text further says that praying in mosque gives 27 times more “sawab” (reward) than praying at home.

The bacon of light to answer the second part of the term of reference the birth place of Lord Ram is on the very spot of the mosque should be the three hundred versions of Ramanyana that exists in the world today.  When this is brought as a reference point it will square off the claims of the Hindu group.

Rajeev Dhavan, the senior counsel for the Muslim appellants in the Ayodhya civil dispute case, has said that Muslims have a watertight case and sufficient evidence to claim the title of the land belongs to them.

The Supreme Court should be make the government prepared to deal with the situation in case if there is bloodbath in the country if its judgment is unfavorable to a contending party.

Syed Ali Mujtaba is a journalist based in Chennai. He can be contacted atsyedalimujtaba2007@gmail.com