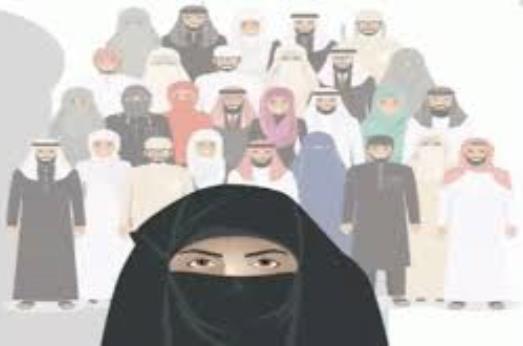 New Delhi : The Supreme Court today said it would consider setting up of a five-judge constitution bench to examine the validity of the prevalent practices of polygamy and ‘nikah halala’ among the Muslims.

The apex court, which on August 22 last year had banned the age-old practice of instant ‘triple talaq’ among Sunni Muslims, had on March 26 this year decided to refer to a larger bench a batch of pleas challenging the constitutional validity of polygamy and ‘nikah halala’ among Muslims.

“We will look into it,” a bench headed by Chief Justice Dipak Misra said, adding that they will be listed for hearing before the constitution bench after the Centre files its response.

While polygamy allows a Muslim man to have four wives, ‘nikah halala’ deals with the process in which a Muslim woman, who wants to re-marry her husband after divorce, has to first marry another person and get a divorce from the second person after the consummation.

Additional Solicitor General Tushar Mehta, representing the Centre, said the government will file its response to the petitions.

The development assumes significance as the Centre has recently made it clear that it would oppose in the Supreme Court the practice of ‘nikah halala’ when the top court would examine its legal validity in the coming days.

The court’s observation came when senior lawyer V Shekhar and advocate Ashwini Kumar Updhayay, appearing for Delhi-based Sameena Begum, sought urgent hearing of her petition, alleging she has been threatened by her in-laws to either withdraw the petition from the apex court or get thrown out of the matrimonial home.

“We will list her petition along with other petitions,” the bench, also comprising Justices A M Khanwilkar and D Y Chandrachud, said.

The lawyers said that earlier, the petitions were shown in the advance cause list of business of the Supreme Court but later they got deleted, which led them to mention them for urgent listing.

The top court on March 26 had referred to a five-judge bench the petitions challenging the constitutional validity polygamy and ‘nikah halala’ among the Muslims.

It had considered the submission that an earlier five-judge constitution bench, in its 2017 verdict, had kept open the issue of polygamy and ‘nikah halala’, while quashing the practice of ‘triple talaq’.

It had then issued notices to ministries of Law and Justice and Minority Affairs as well as the National Commission of Women (NCW) after taking note of the pleas on the issues of polygamy and ‘nikah halala’.

Some petitions have also challenged the practices of ‘Nikah Mutah’ and ‘Nikah Misyar’ — both temporary marriages where duration of the relationship is specified and agreed upon in advance.

Sameena Begum, in her petition, has said that by virtue of Muslim Personal Law and Section 494 of the Indian Penal Code (marrying again during lifetime of husband or wife) was rendered inapplicable to Muslims and no married woman from the community has the avenue of filing a complaint against her husband for the offence of bigamy.

Another plea was filed by one Rani alias Sabnam who alleged that she and her three minor kids have been thrown out of the matrimonial home after her husband re-married. She has sought that the practices of polygamy and ‘nikah halala’ among Muslims be declared as unconstitutional.

She has sought to declare the Dissolution of Muslim Marriages Act, 1939, as unconstitutional and violative of Articles 14, 15, 21 and 25 (freedom of conscience and free profession, practice and propagation of religion) of the Constitution in so far as it fails to secure for Indian Muslim women the protection from bigamy which has been statutorily secured for women in India belonging to other religions.

The top court had also allowed Muslim Women Resistance Committee, Kolkata to file an application for impleadment as a party in the hearing. AGENCIES

Lost Babri, Will not Lose Another Mosque: Owaisi on Gyanvapi Masjid Survey