Breaking News
Home / Muslim Mirror / Will Mahdi and Messiah come to save a super hot earth?

Will Mahdi and Messiah come to save a super hot earth? 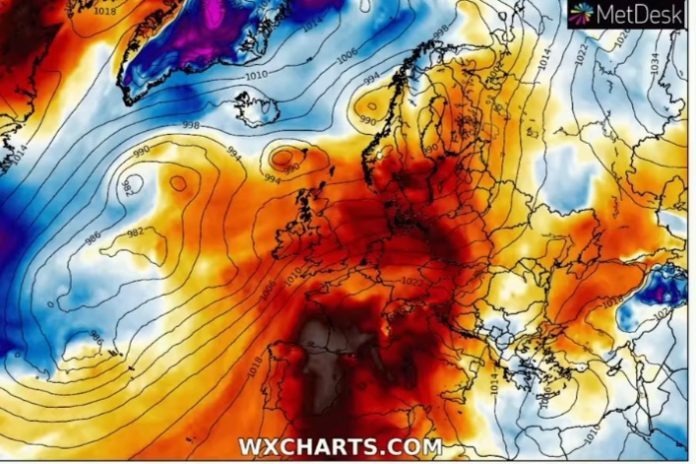 In Syria at least 350,209 identified individuals, civilians and combatants, were killed between March 2011 and March 2021, the UN says in an official death toll. And Yemen’s civil war has killed nearly 400,000 people, according to recent UN estimates, of which about 60% died from hunger, lack of healthcare and unsafe water.

In France an estimated 216,000 children were victims of sex abuse by some 3,000 people — two-thirds of them priests — within France’s Catholic Church over the past 70 years, according to a major reckoning of clerical sex abuse covered up by Catholic authorities.

And temperatures all over the Earth will shoot past a key danger point unless greenhouse gas emissions fall much faster than the world’s countries have committed to; the top body of climate scientists said on April 5, 2022 in a warning of the dire consequences of inaction.

Even Alaska is burning this year in ways never seen, from the largest wildfire in a typically mainly fireproof southwest region to a pair of blazes that ripped through forests and produced smoke that blew hundreds of miles to the Bering Sea. Already more than 530 Alaskan wildfires have burned an area the size of Connecticut

Like Judaism and Christianity, Islam has a powerful eschatological strand. Islam anticipates the end to the world as we know it, (End Times AKHIR AL-ZAMAN); a final historical confrontation between the forces of good and evil; after which human life will be transformed.

Many Islamic traditions (Ahadith) say that Prophet Jesus, will return and will join forces with the Islamic messiah, the Mahdi, in a battle against a false messiah, the cruel one eyed Dajjal, called Armilos in Jewish tradition. Now would be a good time for one or more Messianic figures to get to work.

For Muslims who despair about the terrible state of the modern world Adnan Oktar (Harun Yahya) writes in his book ‘Hazrat Mahdi Is a Descendant of Prophet Abraham: “As mentioned in Qur’an, Torah, Gospel, Psalms and the pages of Prophet Abraham, which are scriptures sent down to Messengers who lived in past centuries: “We sent down the Torah containing guidance and light, and the Prophets who had submitted themselves gave judgment by it for the Jews–as did their scholars and their rabbis–by what they had been allowed to preserve of Allah’s Book to which they were witnesses. (Qur’an 5:44)

As a Reform Rabbi who also believes that the world wide upheavals we see, are part of the birth pains of the Messianic Age, I offer Christians and Muslims some positive insights from the Jewish Prophets and the Rabbinic Sages because I, like the  French writer Jean-Paul Sartre, ‘have a nostalgia for the future’.

Now many Jews, Christians and Muslims believe the wars of Gog and Magog (Gog u-Magog in Hebrew and “Yajuj and Majuj” in Arabic) which started in the 18th to 20 centuries will come to an end in the 21st century.

It is true that human society changed more rapidly, violently and fundamentally in the last 250 years than ever before in history. Doctors saved the lives of millions. Dictators sacrificed the lives of millions. Populations are exploding in Africa and populations are declining in Europe. Technology produces both worldwide prosperity and worldwide pollution at the same time.

Should we look upon the future with optimistic hope or with fatalistic trepidation? Is the world and our society heading towards a wonder-filled new age, or toward a doomsday? Or are both occurring almost concurrently because breakdown is always a prelude to breakthrough?

Jews, whose Biblical prophets were the ones who first wrote about a future Messianic Age, recognize that the birth of a Messianic Age must be preceded by its birth-pangs. But the prophets of Israel also emphasize the glories of a future world living in peace and prosperity with justice for all.

Ancient Jewish prophecies did proclaim that there would be an end to the world as we know it. But they did not prophesy that the world will come to an end, nor did the Prophets of Israel offer an exact date for the transition.

The exact advent of the Messianic Age is not knowable because humans have free will and thus the exact time and manner of redemption cannot be determined in advance. Much depends on what we humans do.

The beginning of the Messianic Age is a time of transition from one World Age into another. How we move through this transition, either with resistance or acceptance, will determine whether the transformation will happen through cataclysmic changes or by a gradual reform of human society; which will lead to a world filled with peace, prosperity and spiritual tranquility.

The Prophets of Israel conceived redemption as a transformation of human society that would occur through the catalyst of the Jewish community. This transformation, which will take place in this world at some future time, is called the Messianic Age.

The transition to the Messianic Age is called the birth pangs of the Messiah. The birth of a redeemed Messianic world may be the result of an easy or difficult labor.  If everyone would simply live according to the moral teachings of his or her religious tradition, we would ourselves have helped bring about the Messianic Age.

But, if we will not do it voluntarily, it will come about through social and political upheavals, worldwide conflicts and generation gaps. The Messiah (Mahdi) refers to one or more human agents of God who help bring about this positive transformation.

The Jewish tradition teaches that this agent of God (together with several forerunners and many disciples) will be a human being, a descendant of Prophets Abraham and David, with great qualities of national leadership similar to Prophet Moses and Prophet Mohammed.

The arrival of the Messianic Age is what’s really important, not the personality of the agents who bring it about, since they are simply the instruments of God, who ultimately is the real Redeemer.

The Islamic 1400s we are now living in, is the age of the coming of Hazrat Mahdi. Prophet Jesus  will also return to Earth in this century, Hazrat Mahdi will appear, and the moral values of Islam will rule the world. As Prophet Micah proclaims: “In the last days the mountain of the LORD’s temple will be established as the highest of the mountains; it will be exalted above the hills, and peoples will stream to it. Many nations will come and say, “Come, let us go up to the mountain of the LORD, to the temple of the God of Jacob. He will teach us his ways, so that we may walk in his paths.

“The Torah will go out from Zion, the word of the LORD from Jerusalem. He will judge between many peoples and will settle disputes for strong nations far and wide. They will beat their swords into plowshares and their spears into pruning hooks. Nation will not take up sword against nation, nor train for war anymore. Everyone will sit under their own vine and under their own fig tree, and no one will make them afraid, for the LORD GOD has spoken. All the nations may walk in the name of their gods, but we (Jews, Christians and Muslims) will walk in the name of the LORD our God for ever and ever.” (Prophet Micah 4:1-5)

One of the signs of the End of Days is the arrival and defeat of Gog and Magog (Ya’juj and Ma’juj or Ajuj and Majuj). Gog and Magog appear in the Hebrew Bible, the Christian Bible, and the Islamic Quran as individuals, tribes, countries or lands.

The Quran mentions Gog and Magog twice: “He said: “This (barrier) is a mercy from my Lord: but when the warning of my Lord comes to pass, He will reduce it to dust (and Gog and Magog—the Colonialist Empires, the Nazis, and the Communists would be released into the world); and the promise of my Lord is true.” (18:98)  So Gog and Magog are destructive groups like the Colonialist Empires, the Nazis, and the Communists, who near the time of the end of days will penetrate into every part of the world.

The other mention of Gog and Magog in the Quran is: “But there is a ban on a town which We have destroyed: that they (the people of the town) shall not return (to reclaim that town as their own); until Gog and Magog are let through (the barrier), and swiftly spread out in every direction.” (21:95-96)

This verse refers to Jerusalem, destroyed by the Romans in 70 CE, and only reclaimed 18 centuries later as Israel’s capital, following the era of the defeat of the Nazis, the Communists, and the Colonialist Empires, who had been Gog and Magog for generations. Now humanity faces the threats of global climate change.

Thus, humanity has passed through the most devastating era of human history. However,  we have not yet reached the goal of the Messianic Age when “They (all nations) will beat their swords into plowshares and their spears into pruning hooks. Nation will not take up sword against nation, nor will they train for war anymore. Everyone will sit under their own vine and under their own fig tree, and no one will make them afraid, for the LORD GOD has spoken.” (Prophet Micah 4:2-4)

This era will come about when Israelis and Palestinians make a long lasting two state partnership of peace; thus fulfilling the 2700 year old vision of Prophet Isaiah: “In that day there will be a highway from Egypt to Assyria. The Assyrians will go to Egypt, and the Egyptians to Assyria. The Egyptians and Assyrians will worship together. In that day Israel  will join a three-party  alliance with Egypt and Assyria, a blessing upon the heart. The LORD of Hosts will bless them saying, “Blessed be Egypt My people, Assyria My handiwork, and Israel My inheritance.”… (Isaiah 19:23-5)

***
Allen S. Maller is an ordained Reform Rabbi who retired in 2006 after 39 years as Rabbi of Temple Akiba in Los Angeles, California. His web site is: www.rabbimaller.com. He blogs on the Times of Israel. Rabbi Maller has published 600+ articles in some two dozen different Christian, Jewish, and Muslim magazines and web sites. He is the author of two recent books: “Judaism and Islam as Synergistic Monotheisms’ and “Which Religion Is Right For You? A 21st Century Kuzari”.