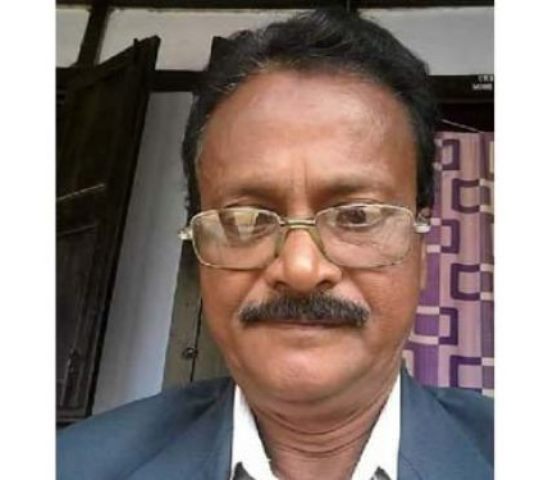 New Delhi/ Guwahati: In yet another case of suppressing the freedom of expression, an Assam teacher was arrested by the state police on Monday for his alleged offensive comments against Prime Minister Narendra Modi on Facebook.

Abu Taleb, who teaches Hindi at Lakhipur High School in the state’s Goalpara district, wrote on his Facebook wall: “Voting for Narendra Modi’s BJP candidate and garlanding a dog is the same thing”

Interestingly, according to Northeast Now, Nripen Das Inspector of Schools, Goalpara district filed an FIR with the Superintendent of Police of the district and BJP Lakhipur unit President Saddam Hussain also lodged an FIR against the teacher.

Nripen Das requested to the SP to take action against the accused teacher, stating that the Facebook post as “unfair and unexpected” against the “Hon’ble” Prime Minister. 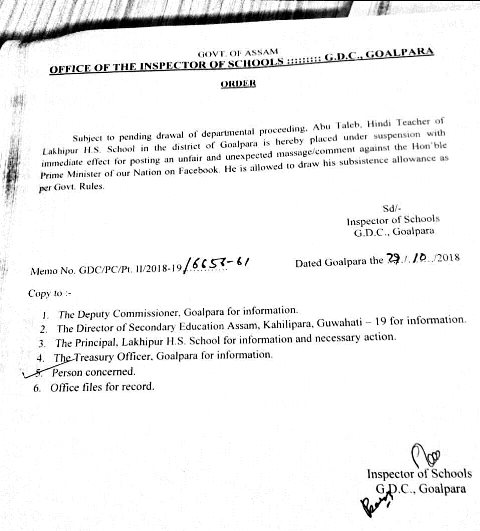 Assam Police arrested Taleb on the basis of these two FIRs. Before his arrest, the Inspector of Schools, Nripen Das has shown much alacrity issuing a notification through which Abu Taleb has been put under suspension for the post.

Meanwhile Amitava Sinha, Superintendent of Police, Goalpara, talking to Northeast Now on Monday said, “We have already registered a case against the accused teacher for the derogatory remarks he made against the Prime Minister of India.”

“However, he has been allowed to go after interrogation. We are continuing our investigation and he may be brought to book if found guilty,” Sinha added.

Before Abu Taleb’s arrest, another Muslim teacher in Assam was arrested by the police in June 2017 for carrying “offensive” photos of Modi on his WhatsApp profile. Currently,   Assam is under the BJP rule which is the largest state of North East.

The latest arrest strongly indicates that space for free speech in the country under the BJP regime is being squeezed. It is an irony of sorts that just a few months ago Modi had tweeted asking people to criticize his government saying it makes democracy strong.

“I want this Government to be criticised. Criticism makes democracy strong: PM @narendramodi”

I want this Government to be criticised. Criticism makes democracy strong: PM @narendramodi

However, most of the arrests were done for speaking against the Prime Minister Modi.